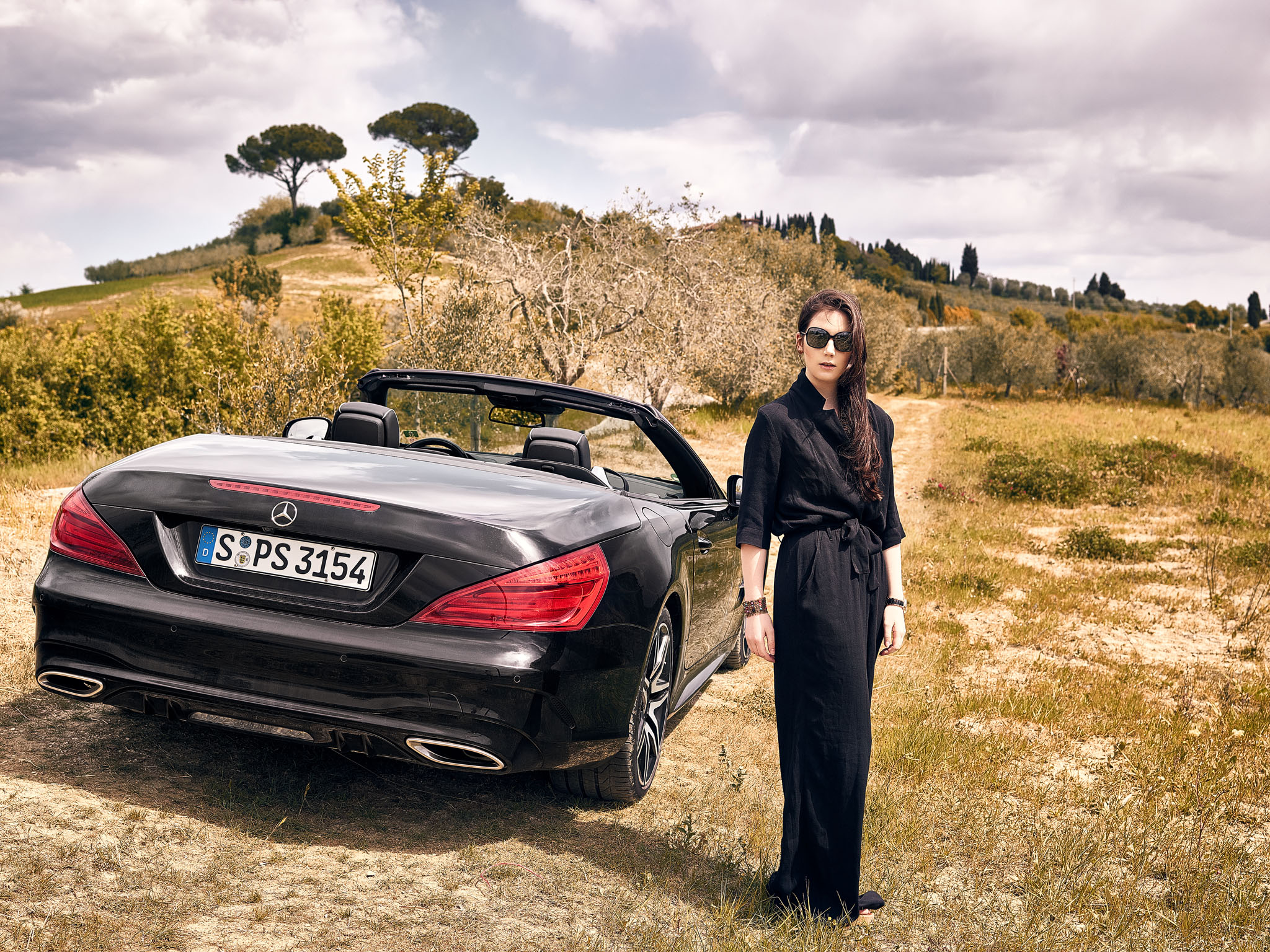 We’ve come to Tuscany just for one reason: This is Mercedes-Country. Or to be precise: This is Mercedes SL-Country. There’s maybe just one thing better fitting into this particular Italian landscape than a black German roadster… which would be a silver German race car. With only a few days left to Mille Miglia we went for a little bit of location scouting. 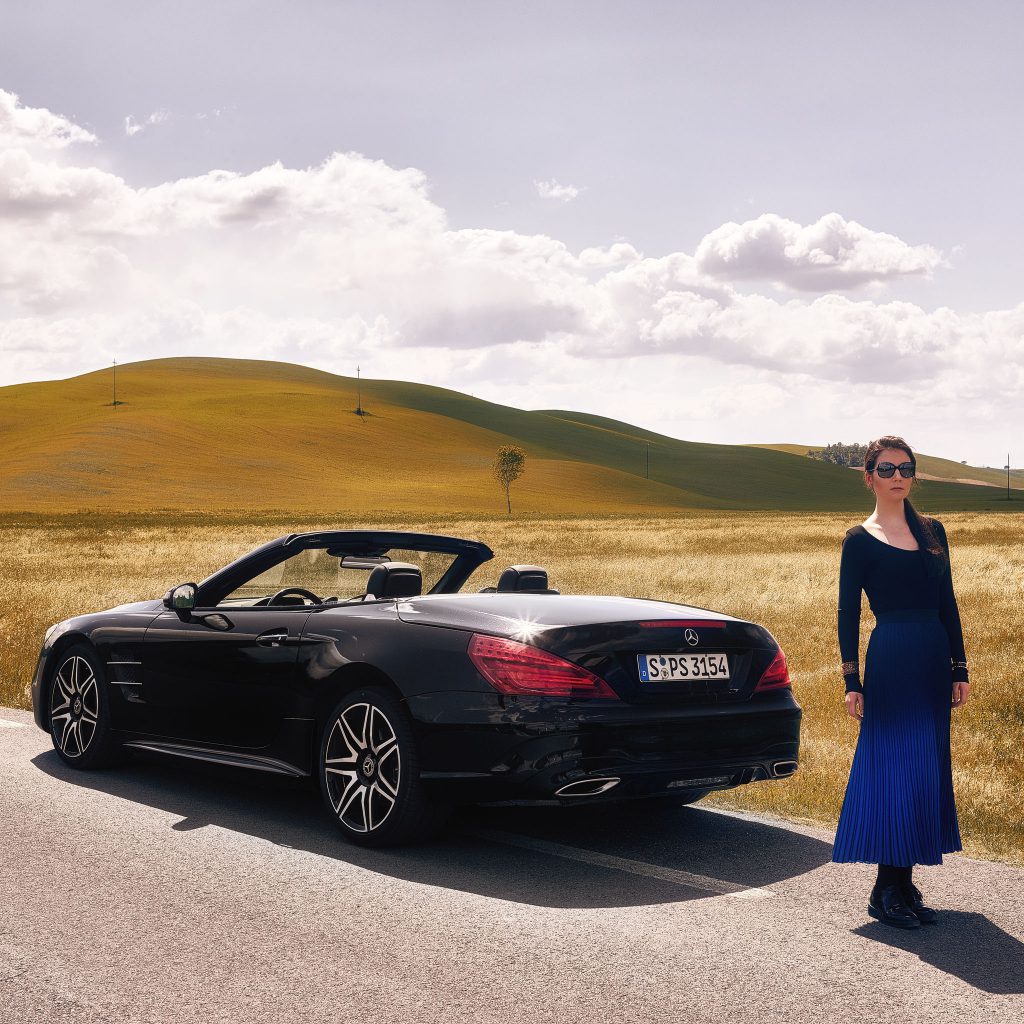 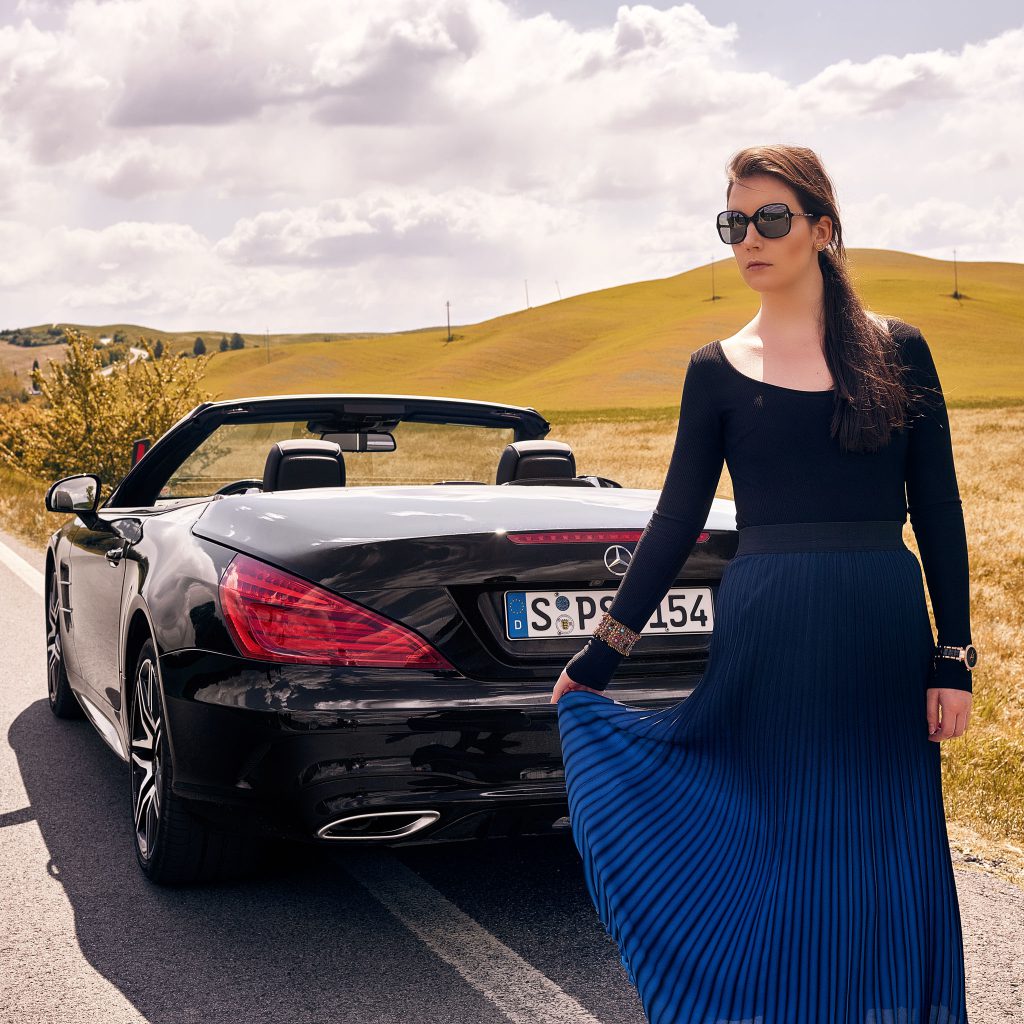 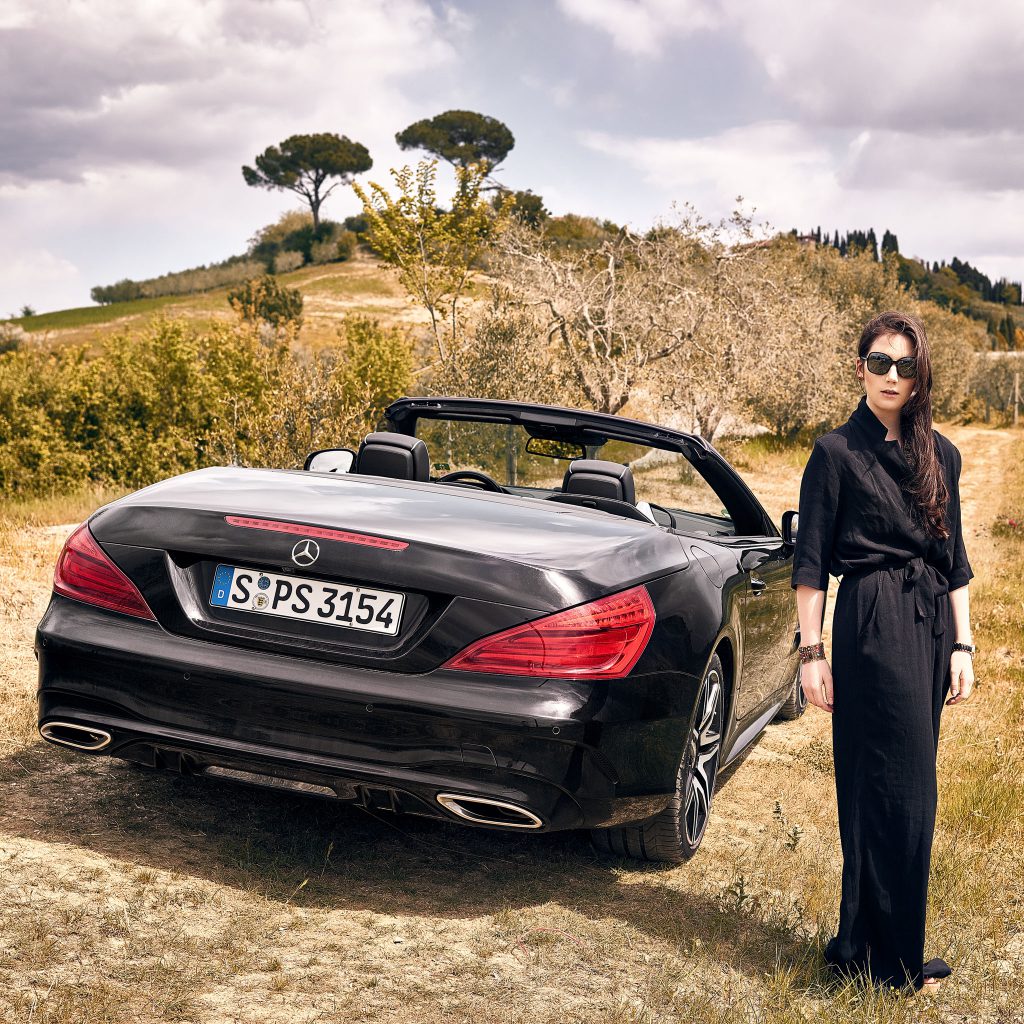 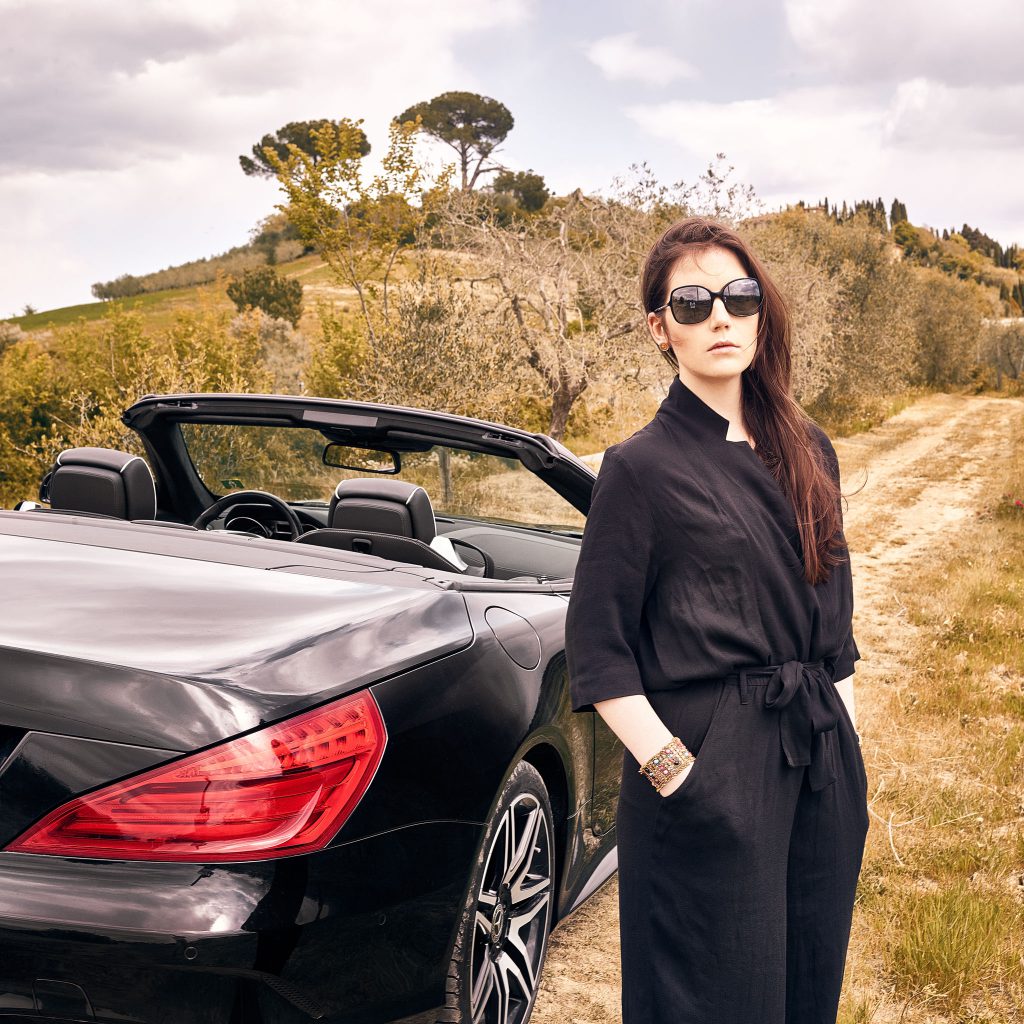 Our mission is to create a fashion story for which we need quite a lot of scenic spots. This has also to blend in the narrative of the ongoing historic race across Italy – the Mille Miglia. People familiar with the highlights of the history of racing will tell you in a second, that in 1955 Sir Stirling Moss won the Mille Miglia in a way which wasn’t just a new record, but one, which was never again broken until today. This was partly due to Sir Moss’ brilliant driving – and partly to his Mercedes 300 SLR – a Formula 1 car fitted with the external shell of a sports car. The second place was also won by a 300 SLR – and after that a Ferrari race car came in third… followed by a Maserati race car… followed by the roadgoing sports car Mercedes 300 SL. Mercedes’ SL sports cars didn’t just make the places 1, 2 and 3 in the sports car category, the even were as fast (and faster) as the race cars of Ferrari, Maserati, Porsche, Austin and Alfa. 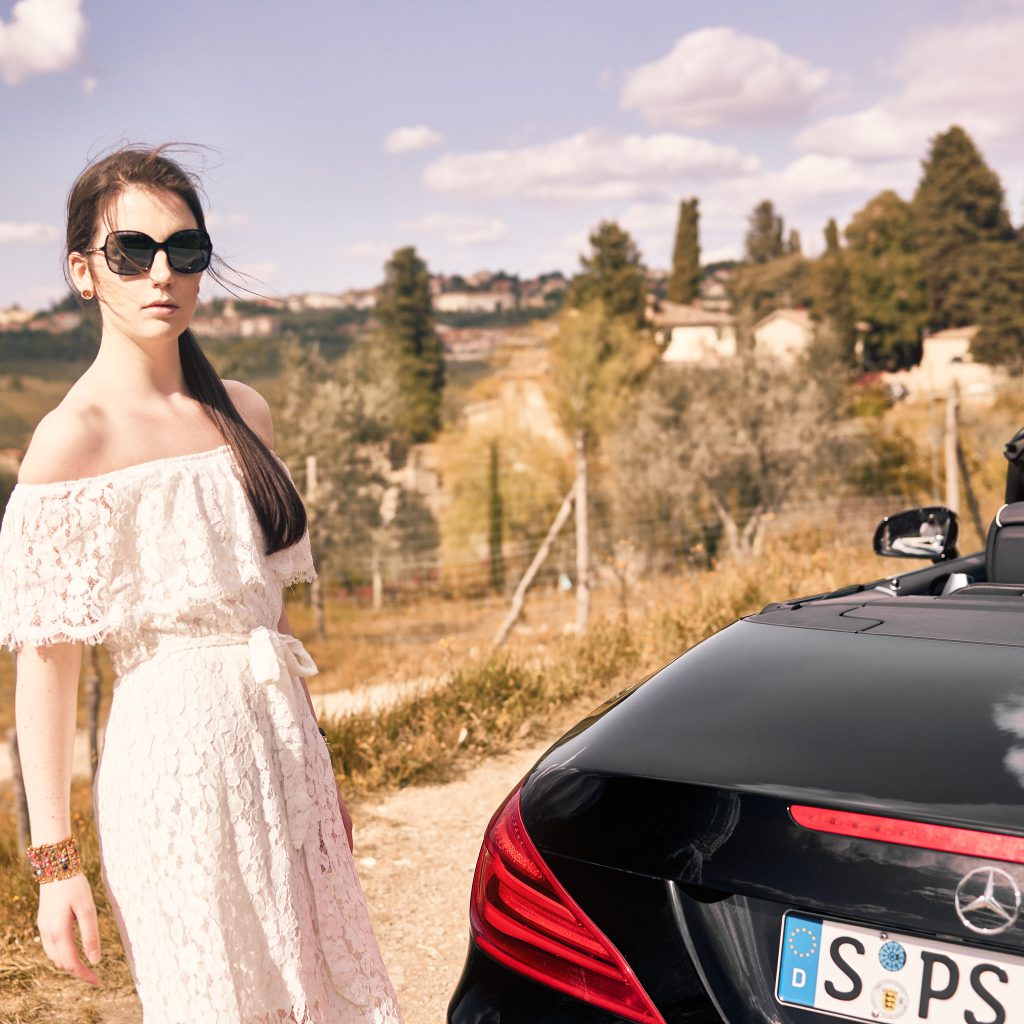 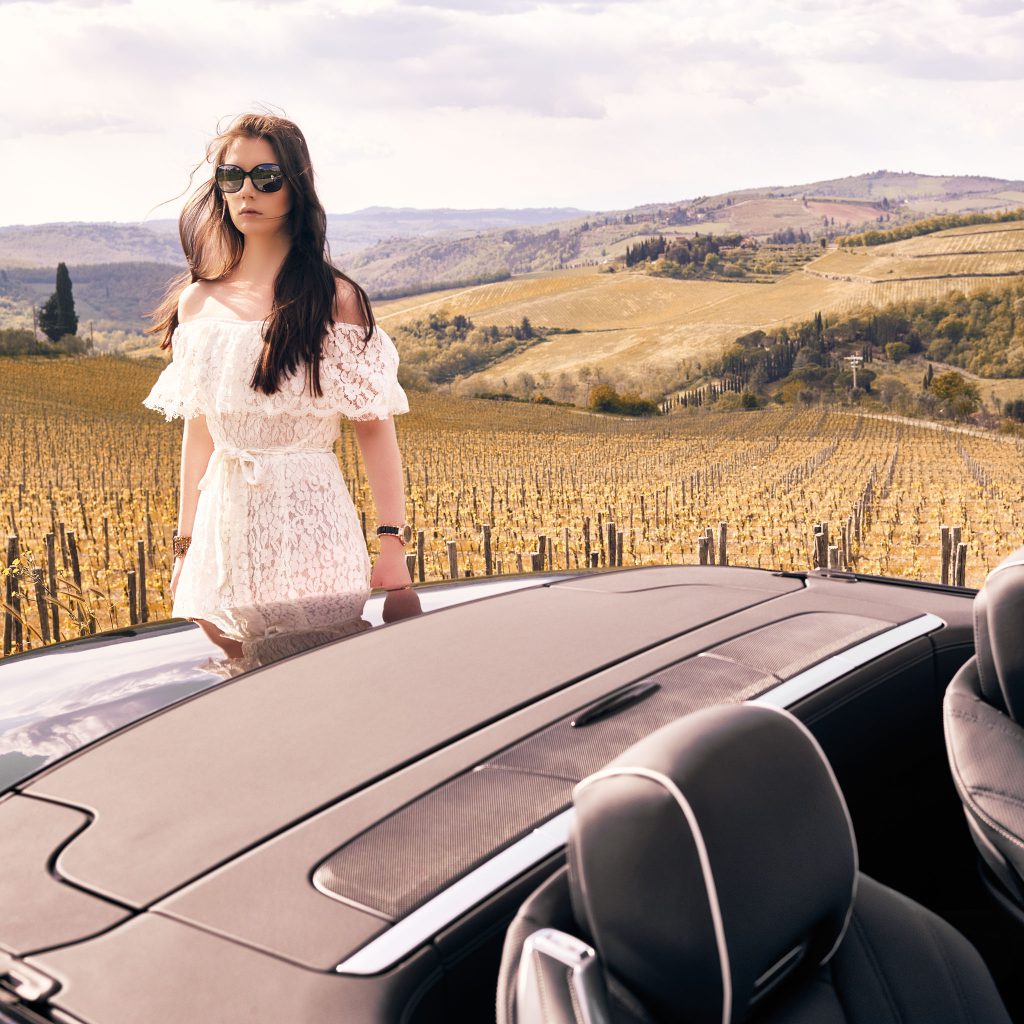 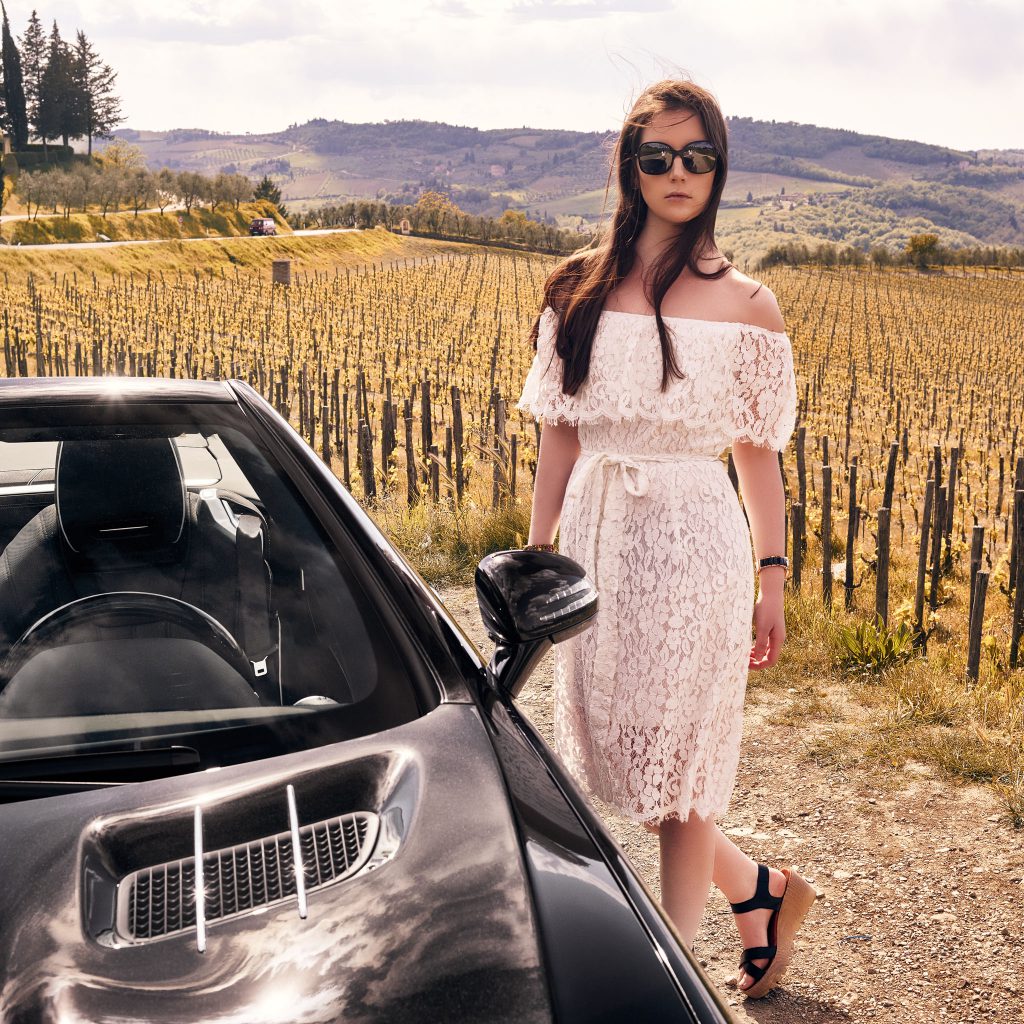 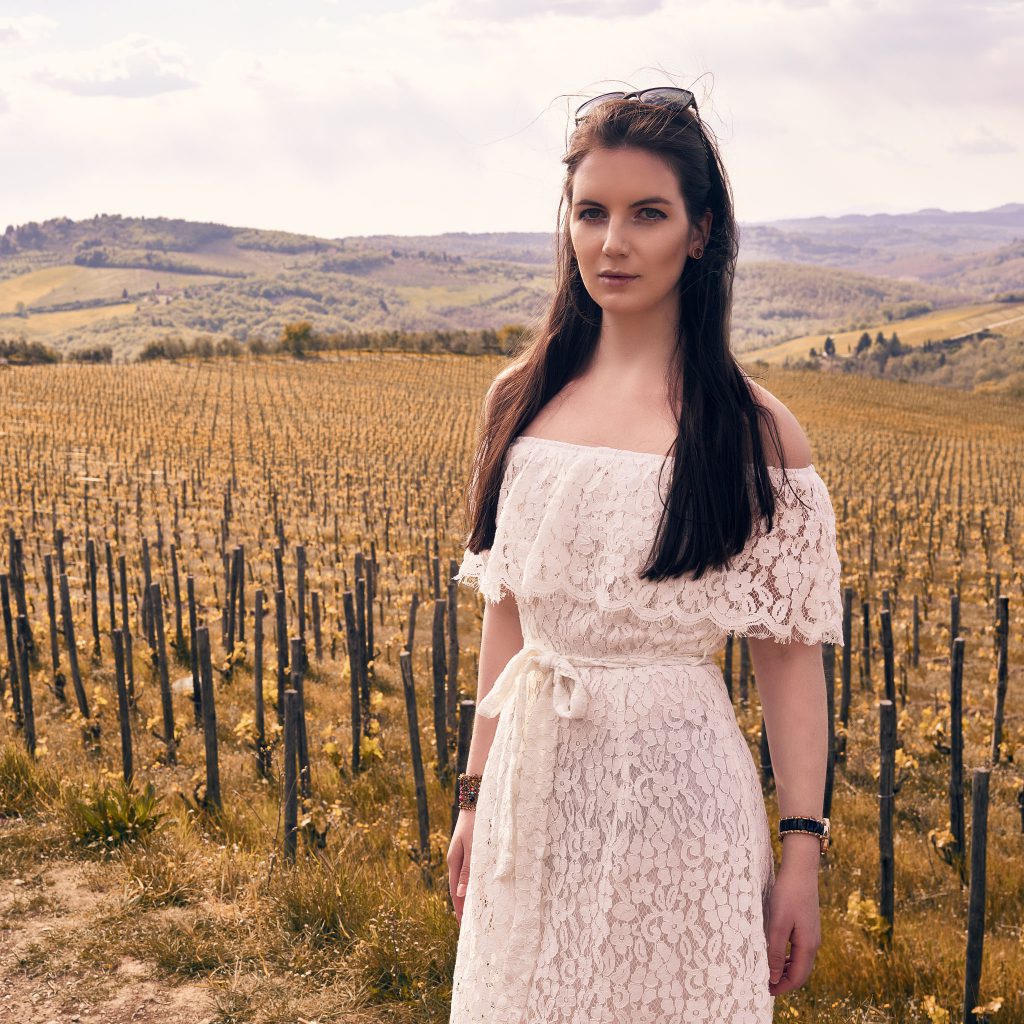 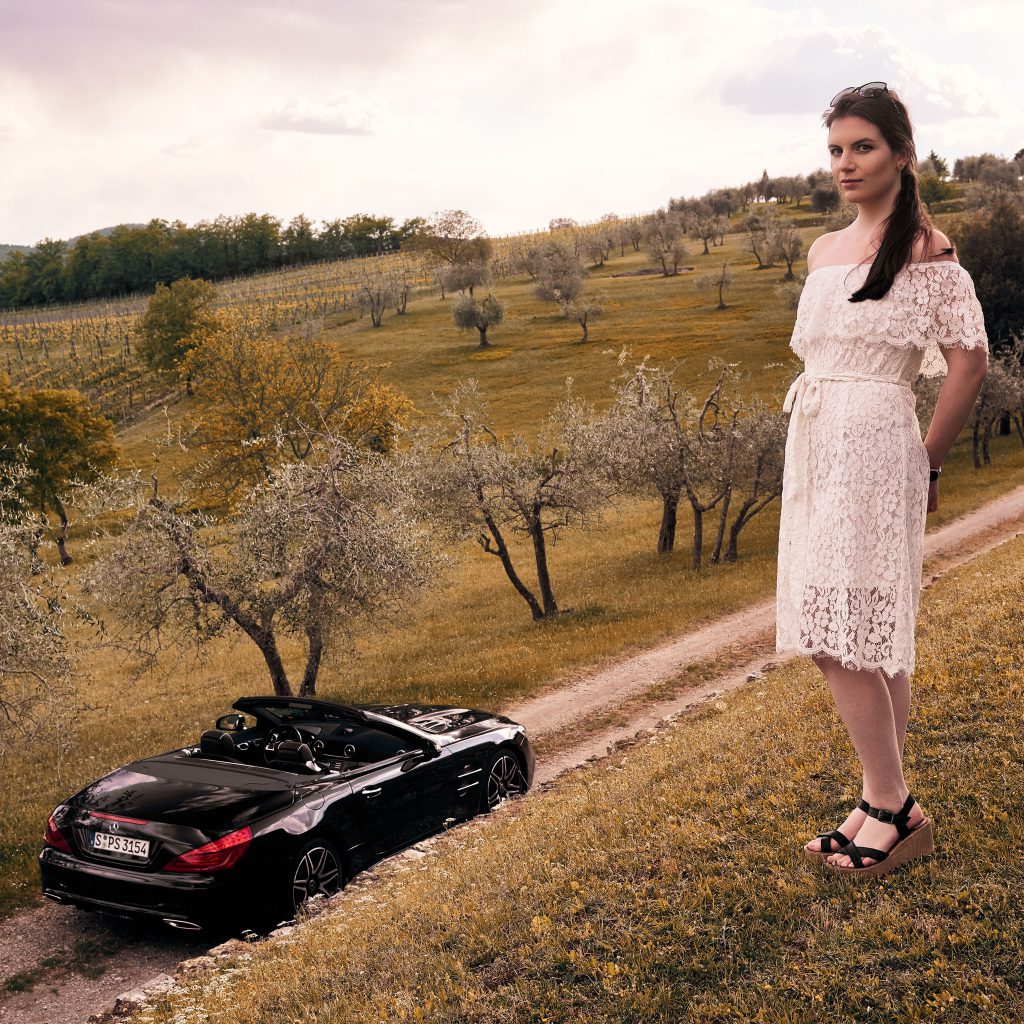 Even today the Mercedes SL is by far the best choice for a grand touring convertible. Not just because there are very few alternatives (btw. which are there really?) but it really can do everything. It is just as long as a BMW 4 series convertible (they’re both 4640mm long), has a surprising big boot (fitting 2 trollies, 3 handbags and two leather jackets) and is even quite a lot fun to drive. Also: it’s already a timeless beauty. There are very few cars today, which look nearly as brilliant as the SL does – which interestingly gives it by far the best CW-figures of all convertibles (and even better than a lot of sports cars).