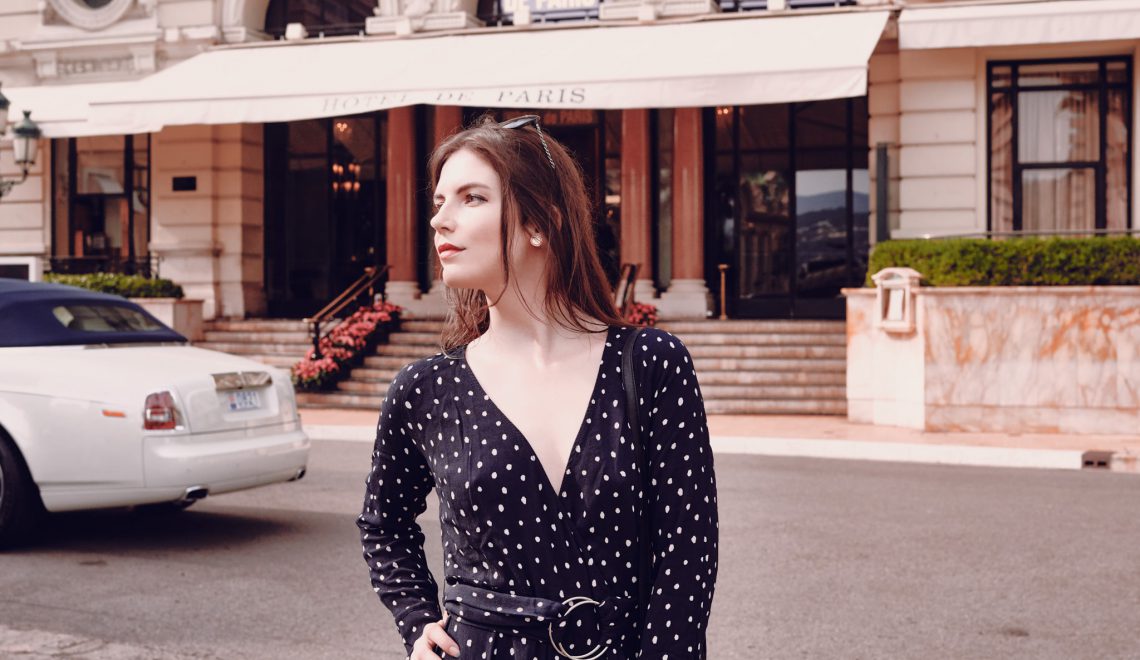 When we were doing our Iberian Grand Tour, Monaco was one of our planned destinations. I was super excited about the fact that we were visiting this high-society place which is an autonomous city-state, country and microstate, located on the French Riviera. It has an area of 2,02 km². You might think “wow – this is really small” and “does it even count as a state?” or “what can you possibly do on such small area?”. Well, you are right. Despite the fact that it’s the second-smallest and most densely populated self-governing state in the world, it is known as a playground for the rich and famous, due to its tax laws.

Monaco’s most popular quarter is Monte Carlo which is located along the French Riviera – or more precisely: around the harbor. In Monte Carlo, you can find the Place du Casino which is the epicenter of glamour in Europe… speaking from the perspective of luxury brand consumers (and sellers). There you can find the Monte-Carlo Casino which was opened in 1863 in order to guarantee tourism and income for Monaco and was often showed in the James Bond movies as you probably might know. Next to the Casino, you can also find the glamorous Hotel de Paris Monte-Carlo with an impressive front being the “go-to-place” for the rich and the famous.

To fit the style in Monaco, I decided to wear a wrap dress colored in blue with white polka dots. It also comes with deep V-neck and a belt which can be used to accentuate the waistline. The lack of symmetry makes the dress so appealing and unique but the same time kind of exciting, therefore perfectly appropriate for Monte-Carlo. 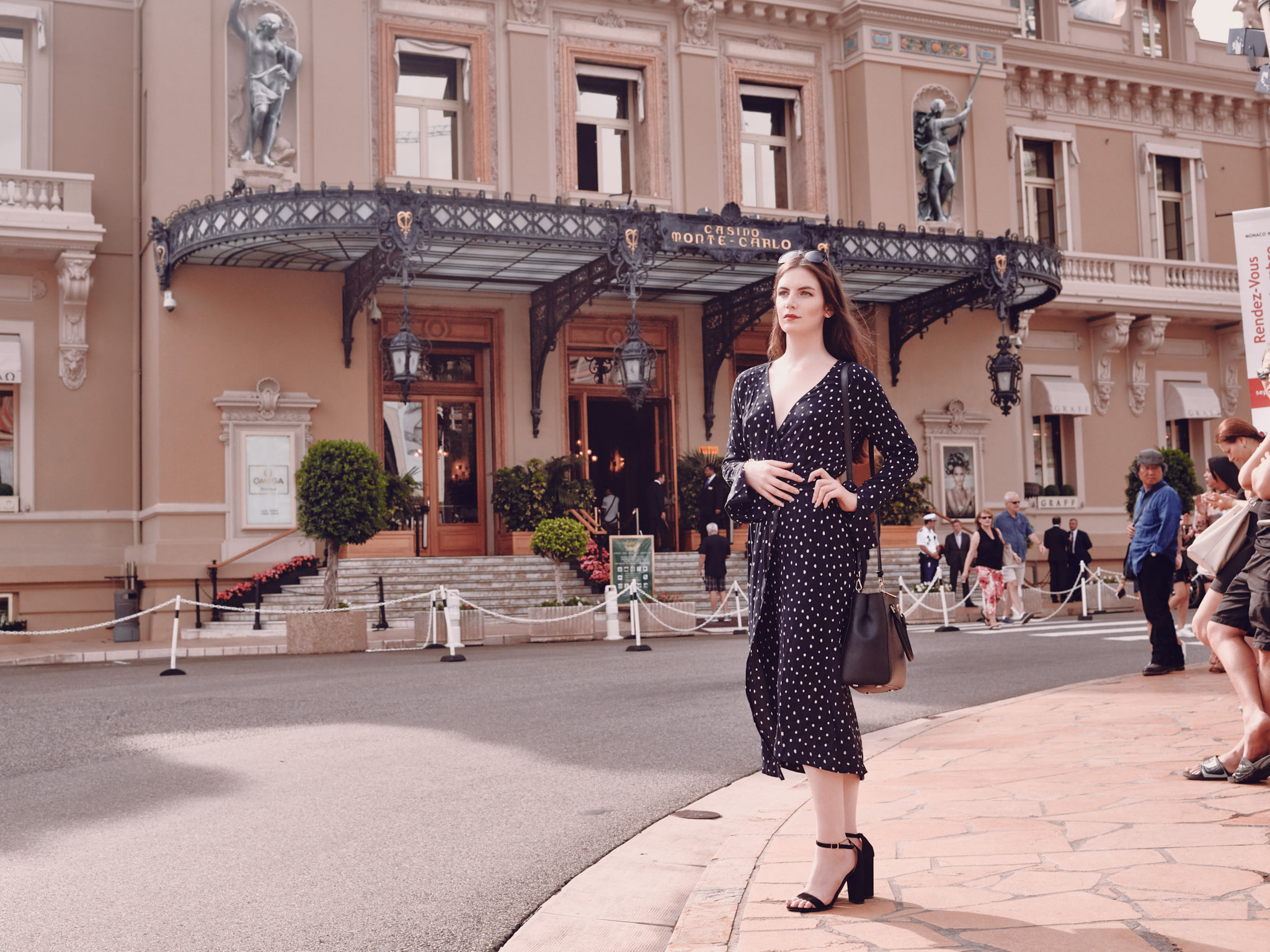 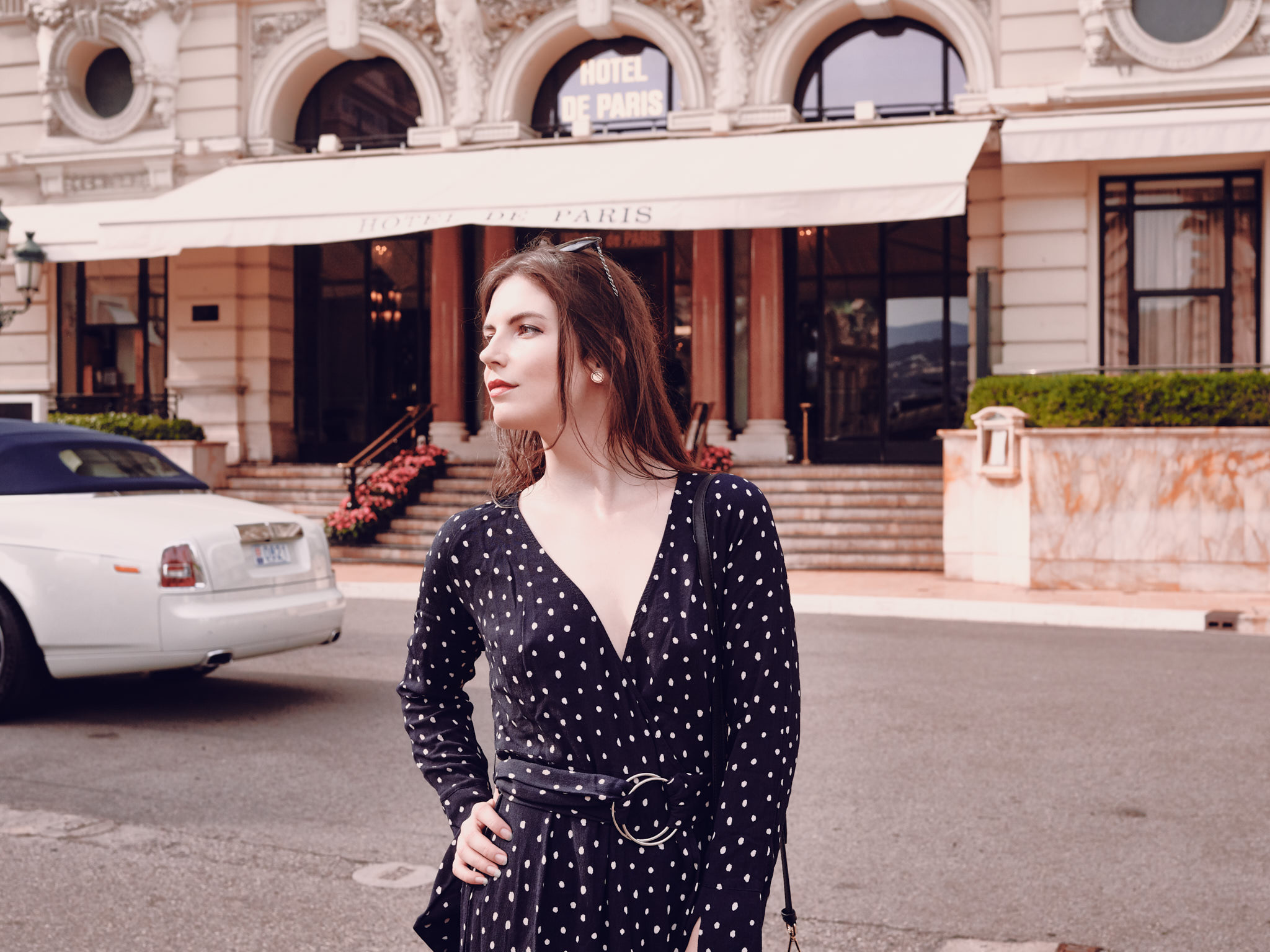 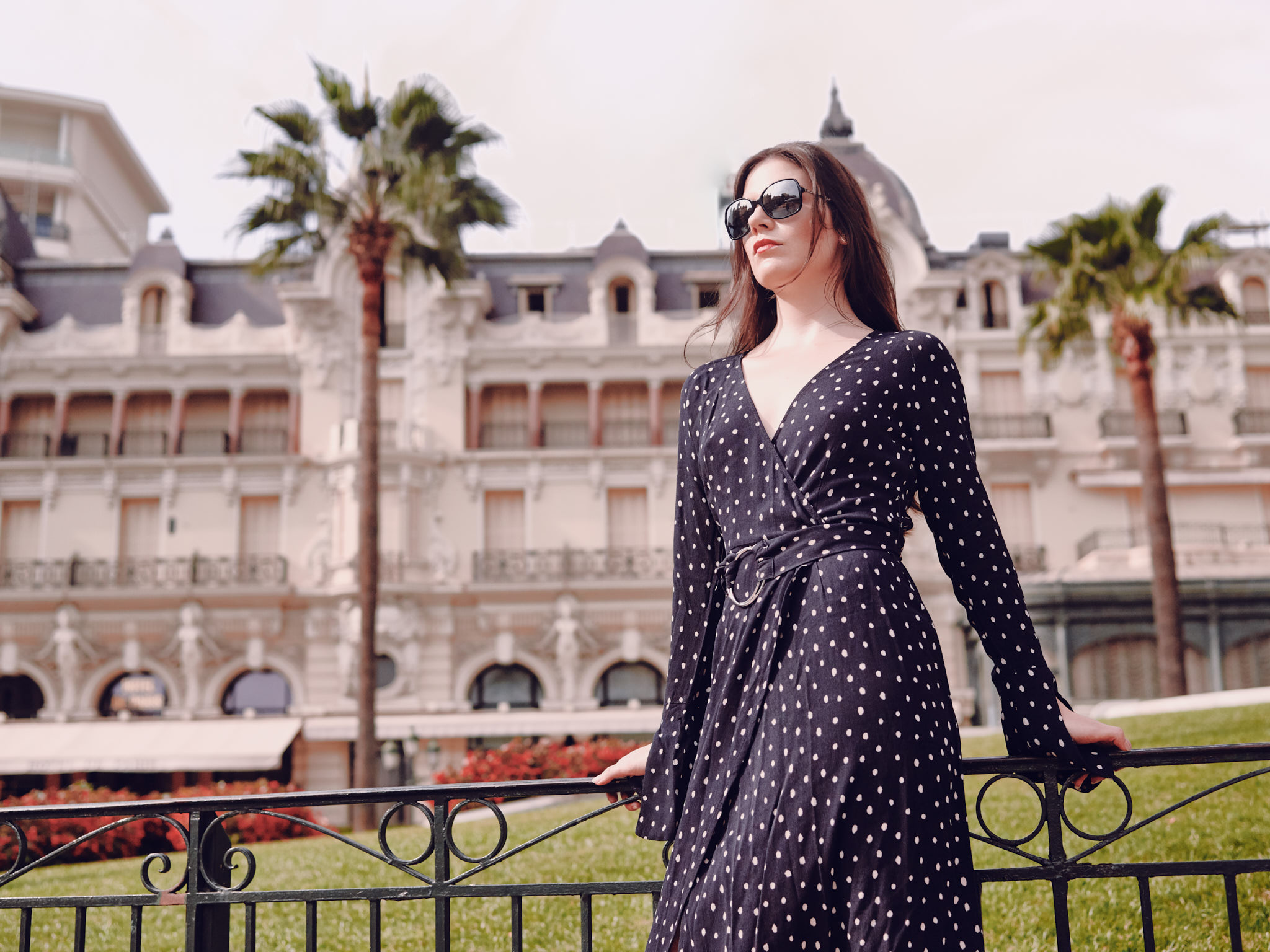 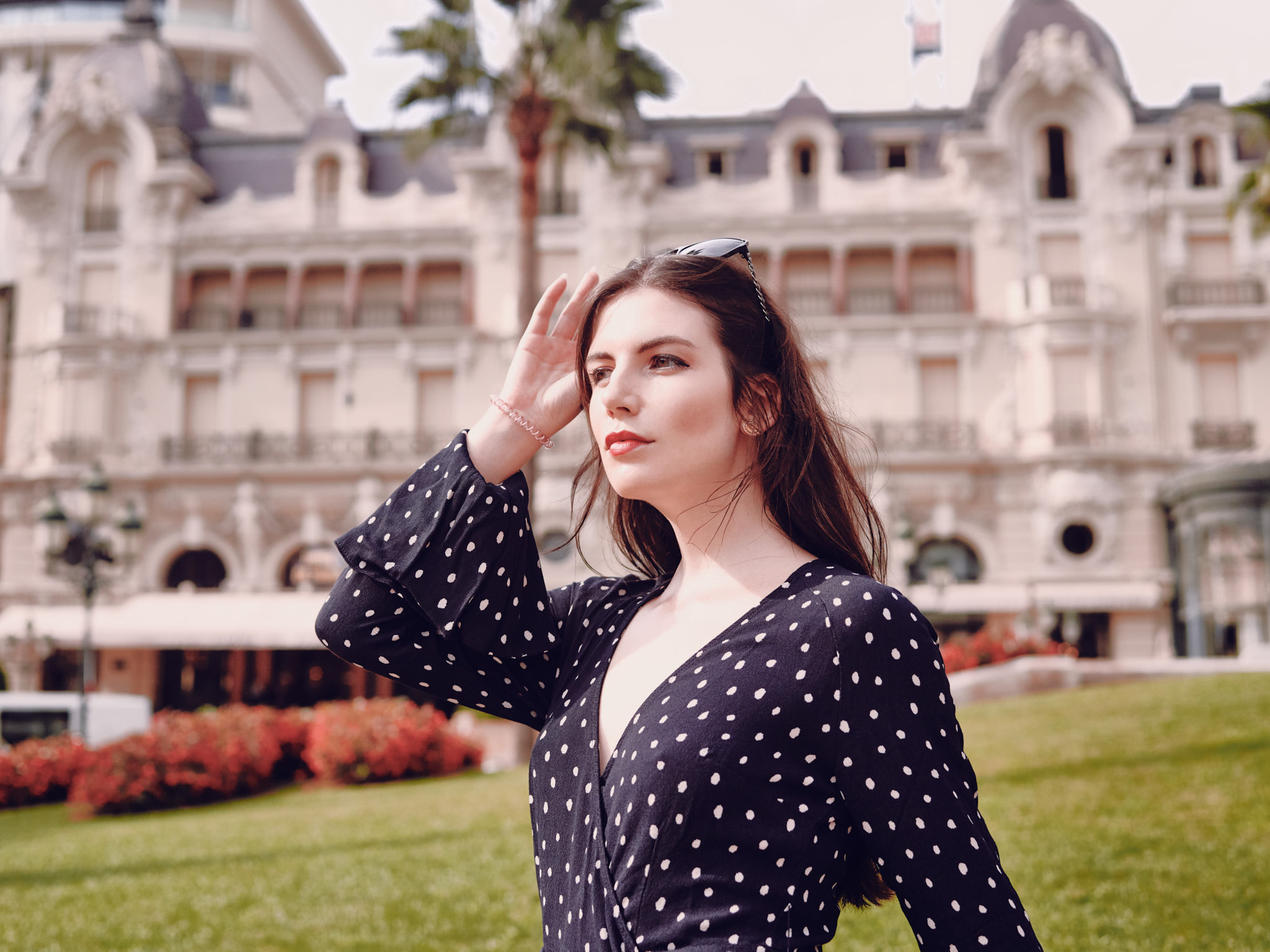 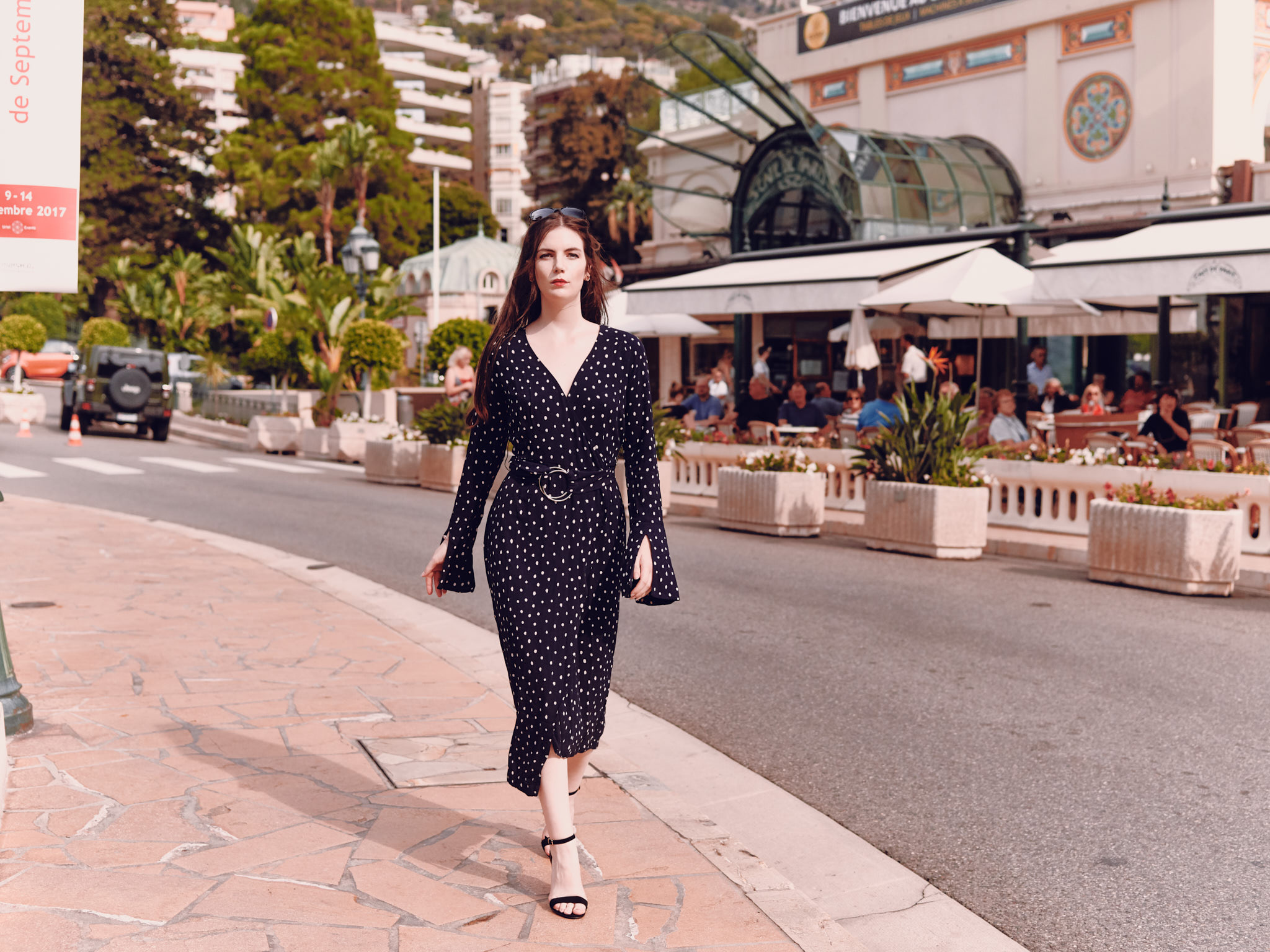 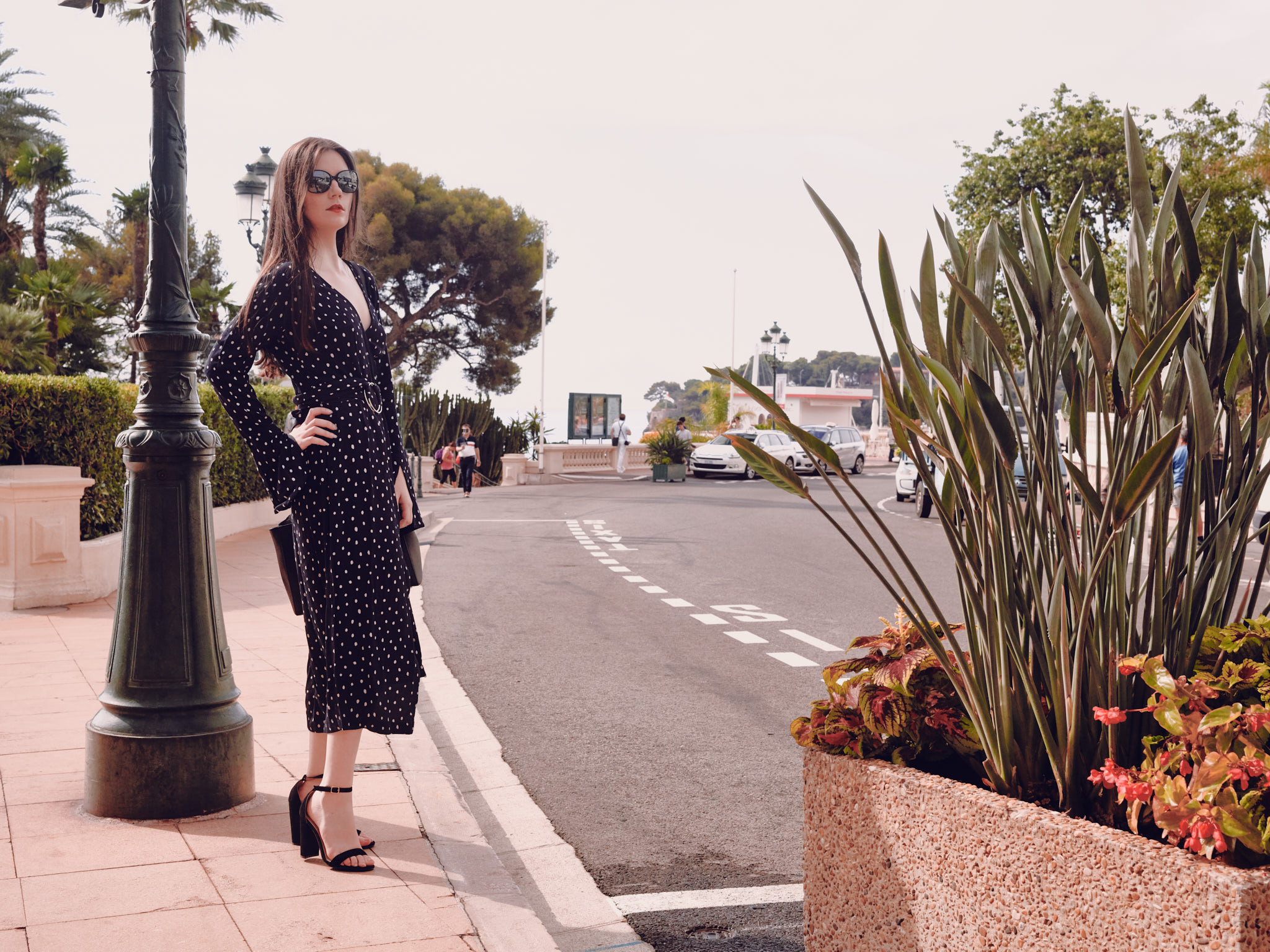 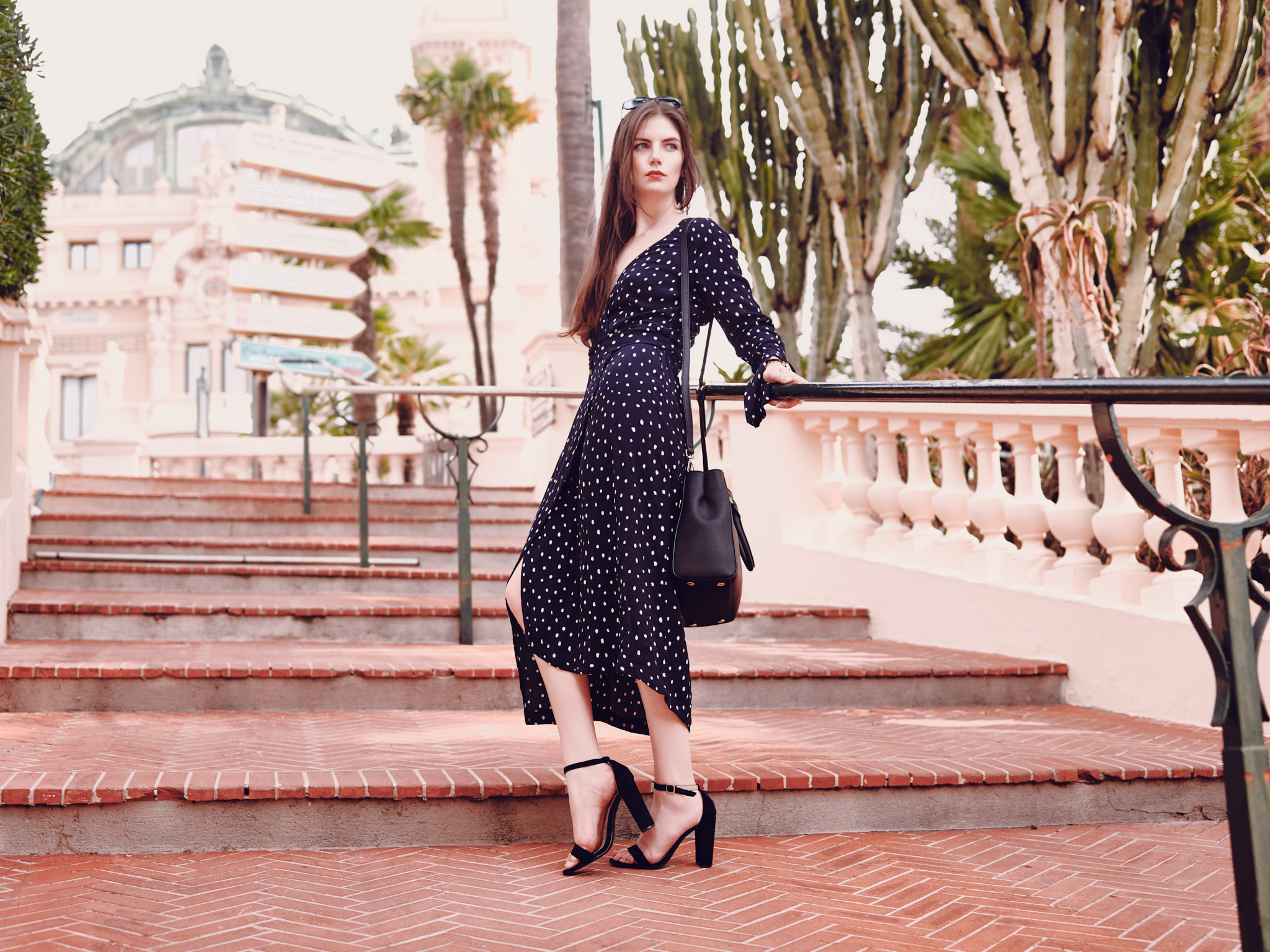 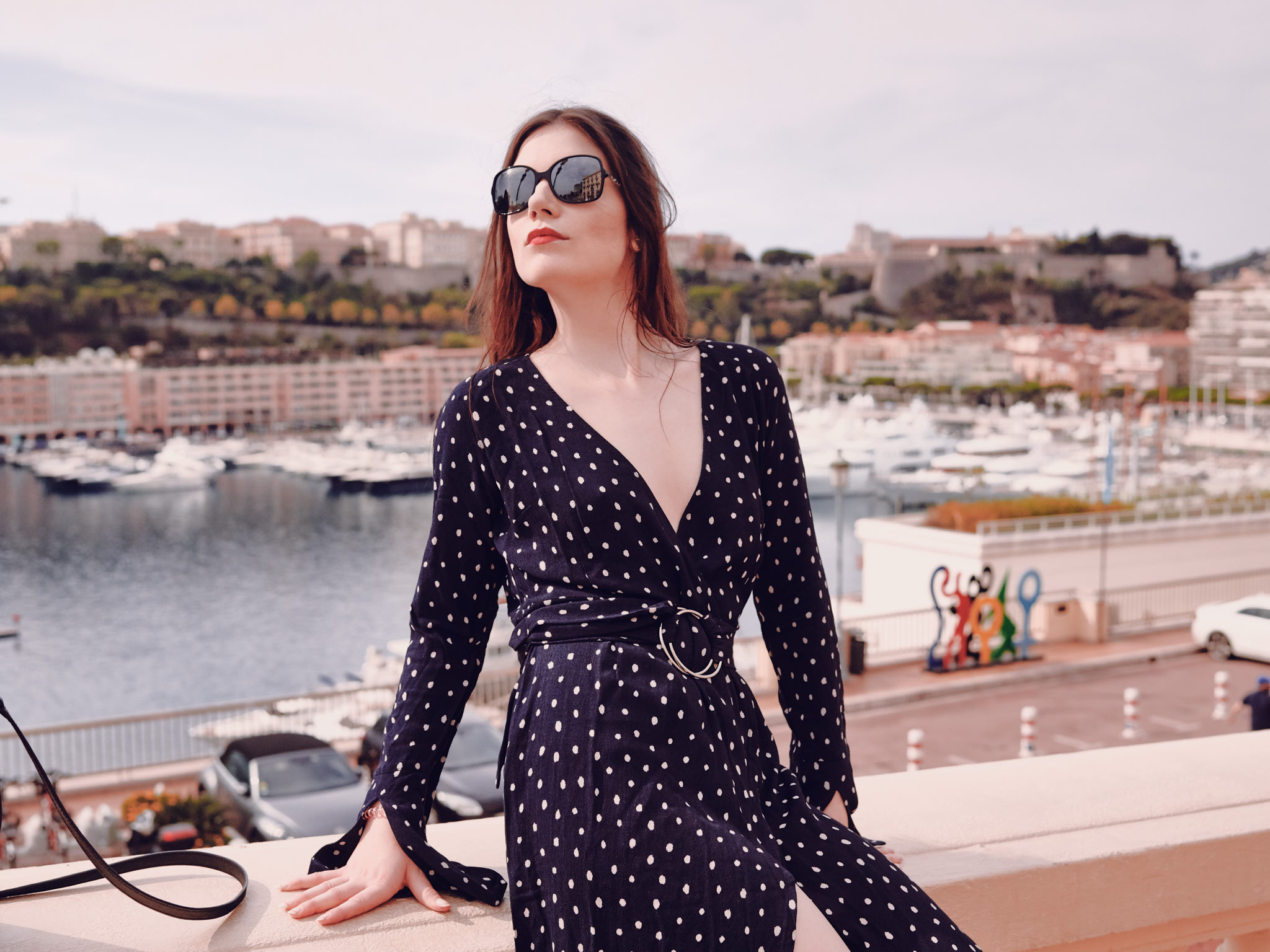 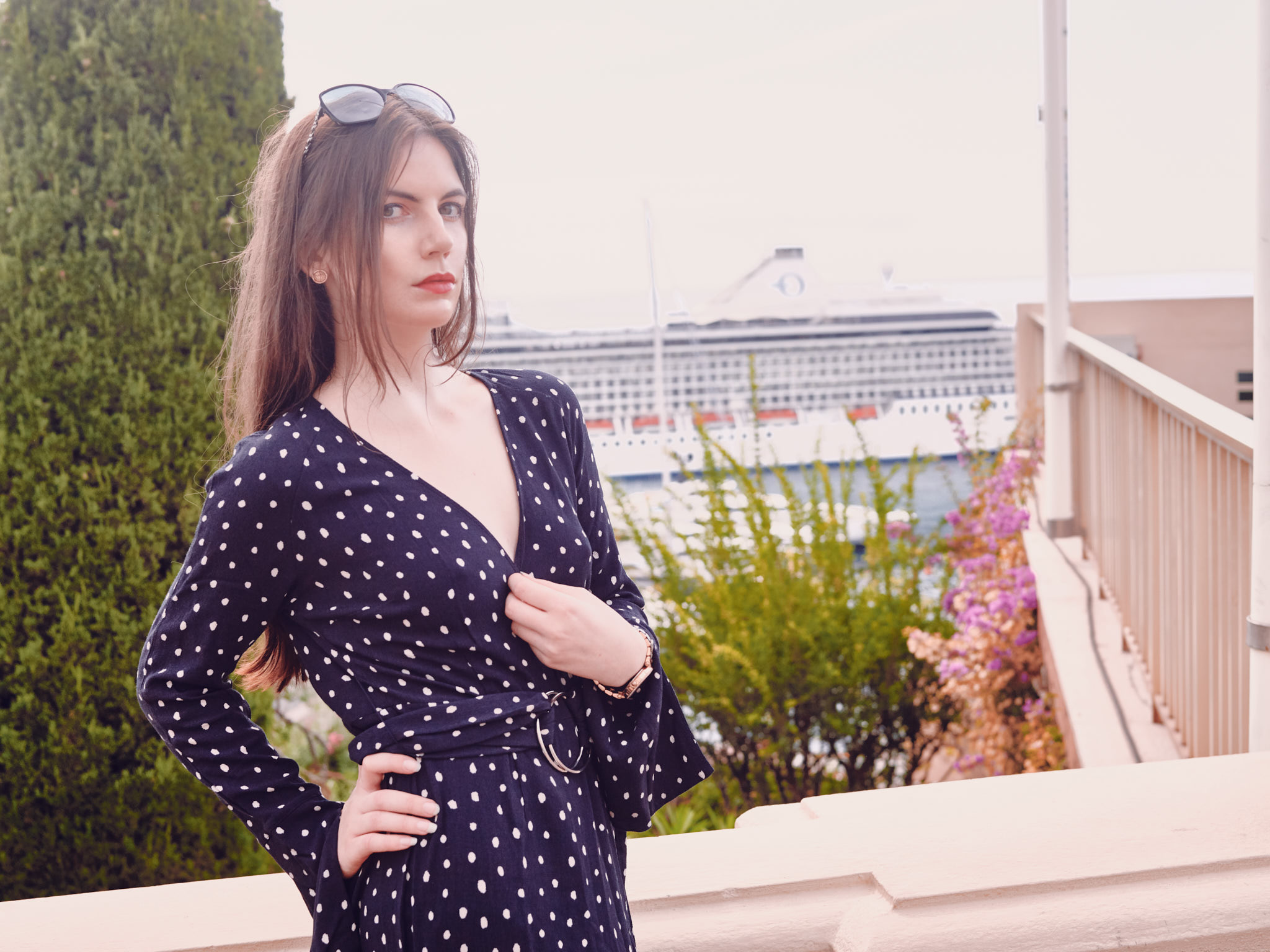 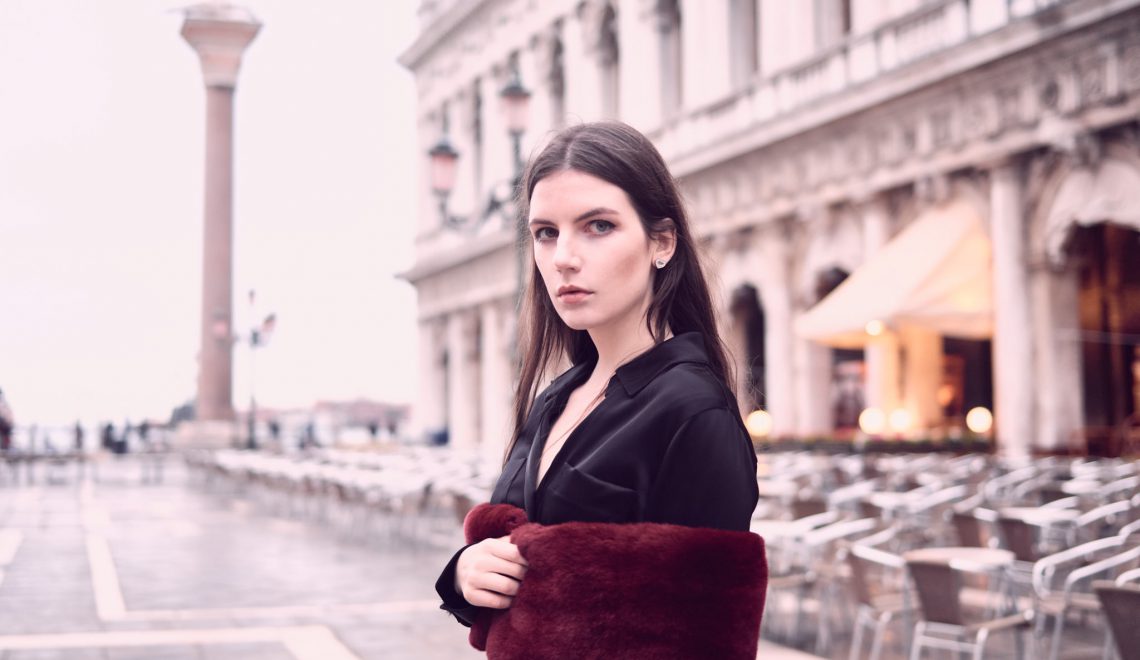 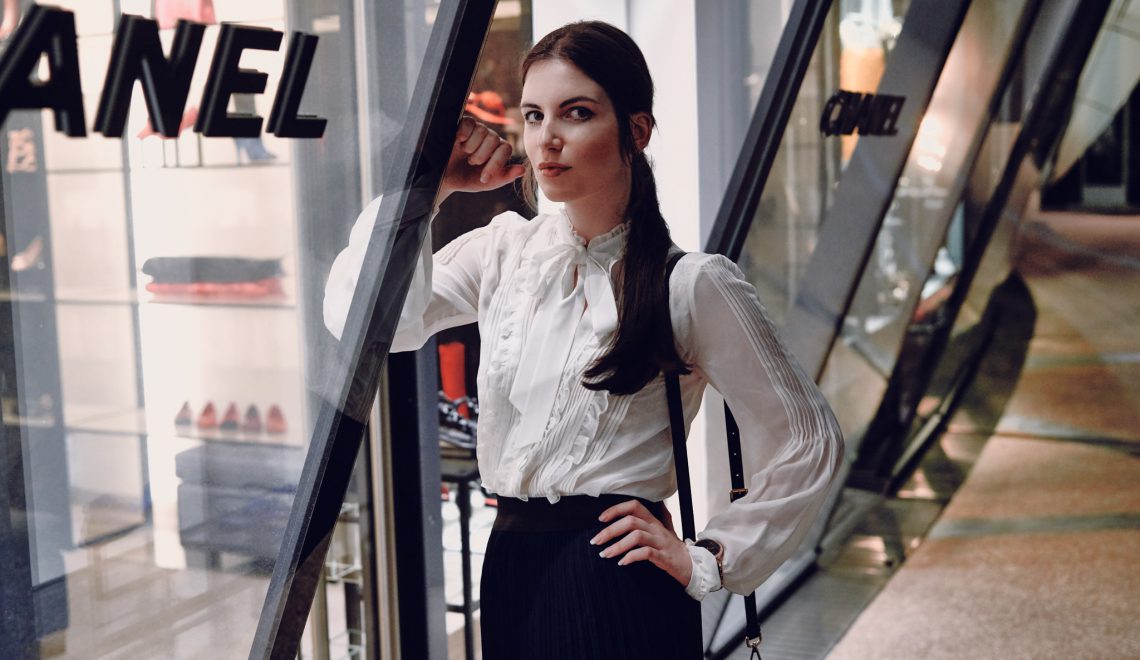 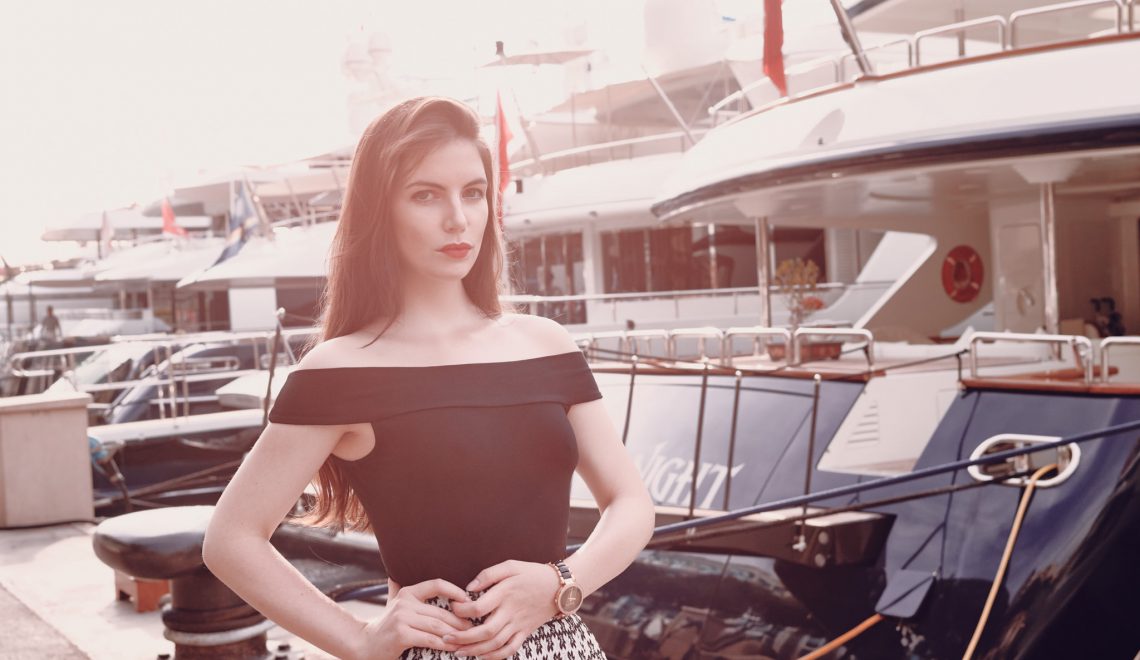