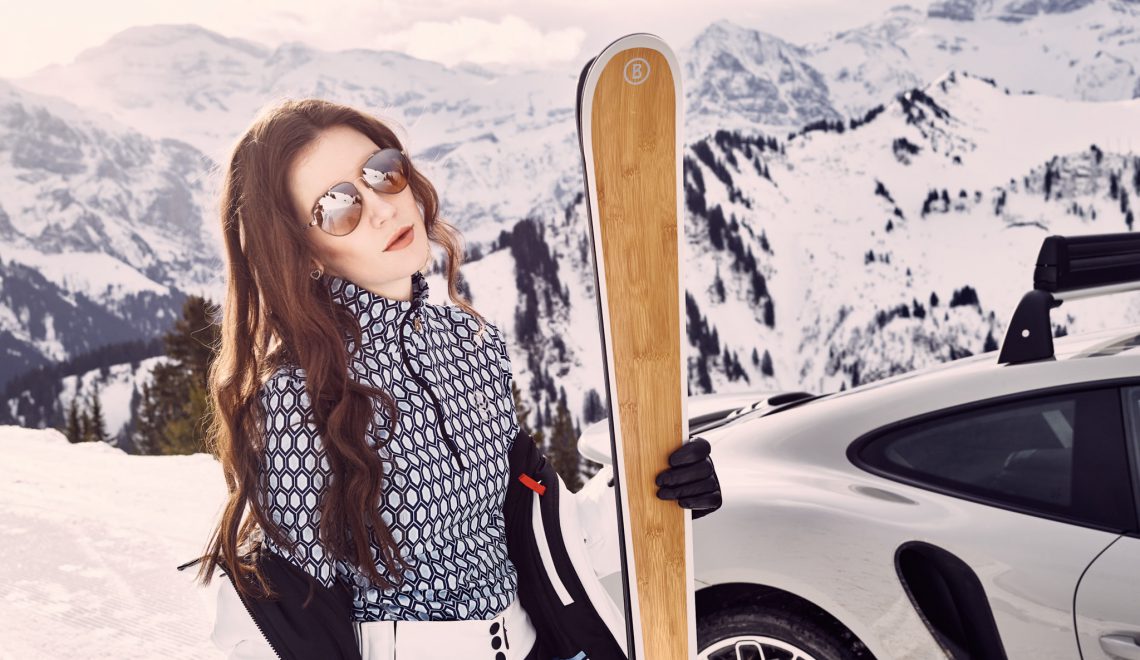 There are icons of culture which seem to be carved in stone. Things no one not only dares to change but not even tries to think in another way. It’s hard to spot them since they hide in plain sight. Most times theses are pop-culture figures which you either like or dislike for no particular reason and furthermore: don’t feel obligated in any way to ask yourself how you got to your position. Though you really should. 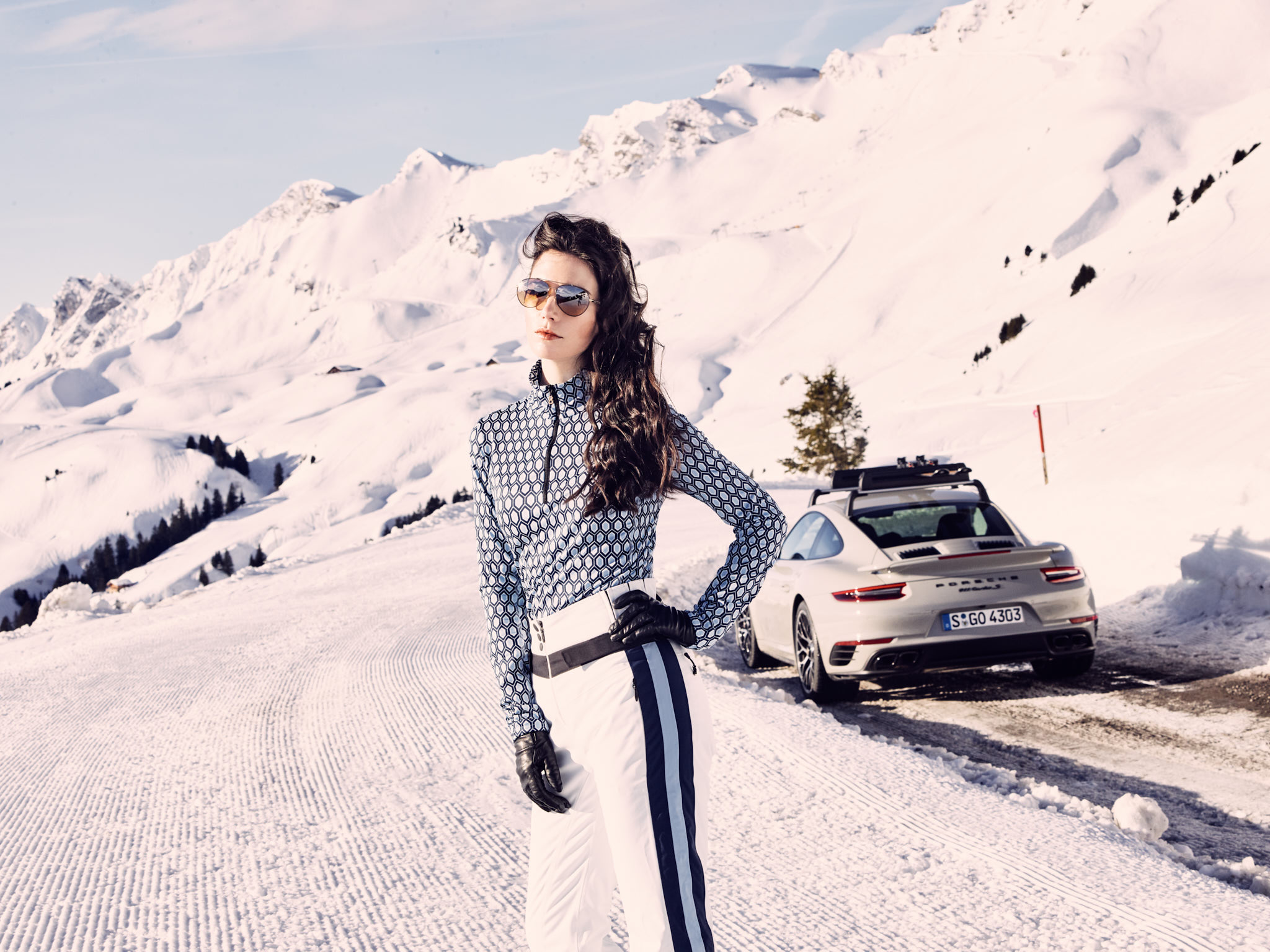 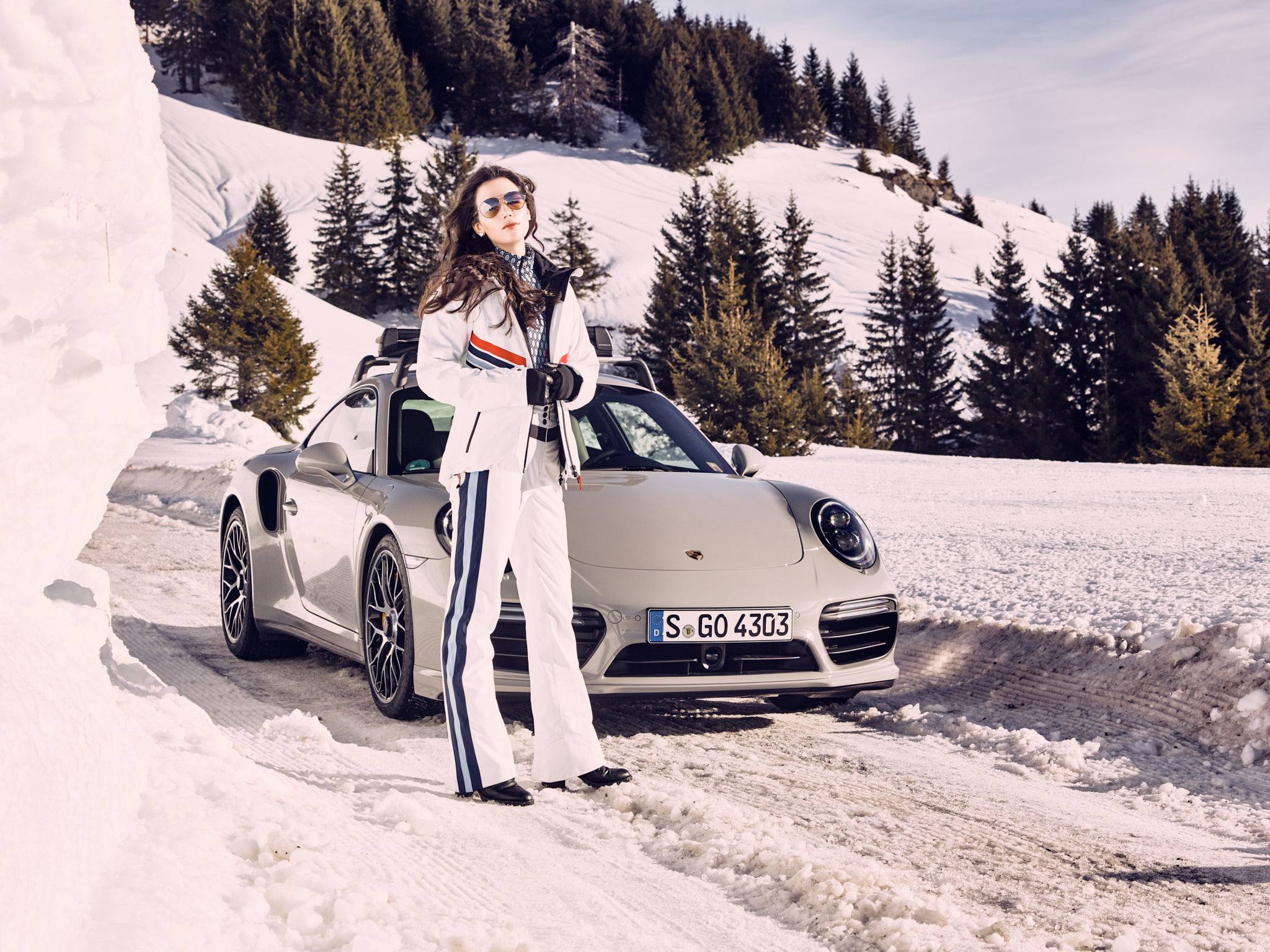 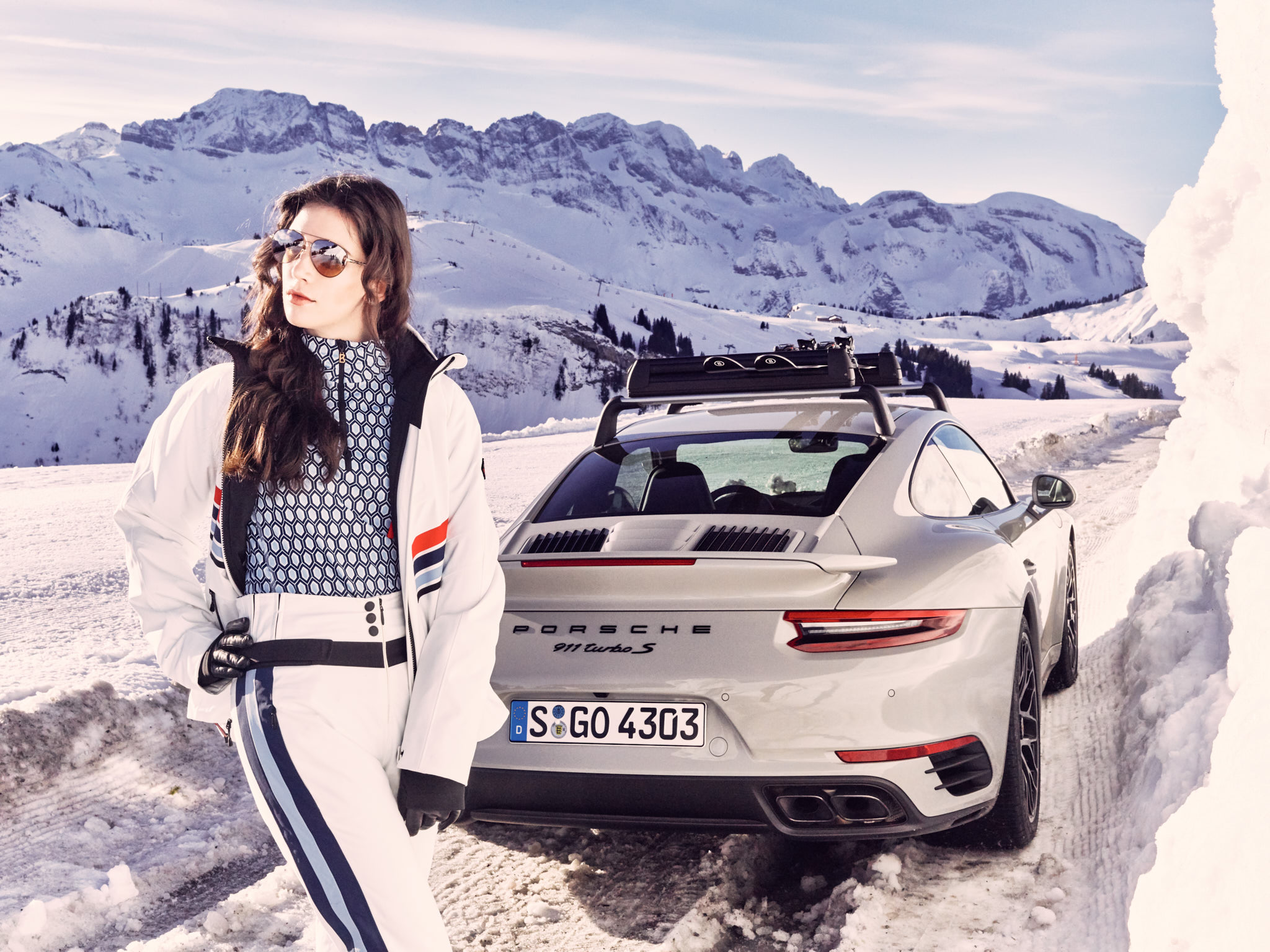 James Bond is such a character. Neither did I ever care for the fascination around this movie-franchise, nor was I really interested in getting into it. Obvious main-aspects of her majesty’s secret agent are off-putting: his 1960s attitude towards women, the large amount of violence and the fixation on super-weapons of all kinds. 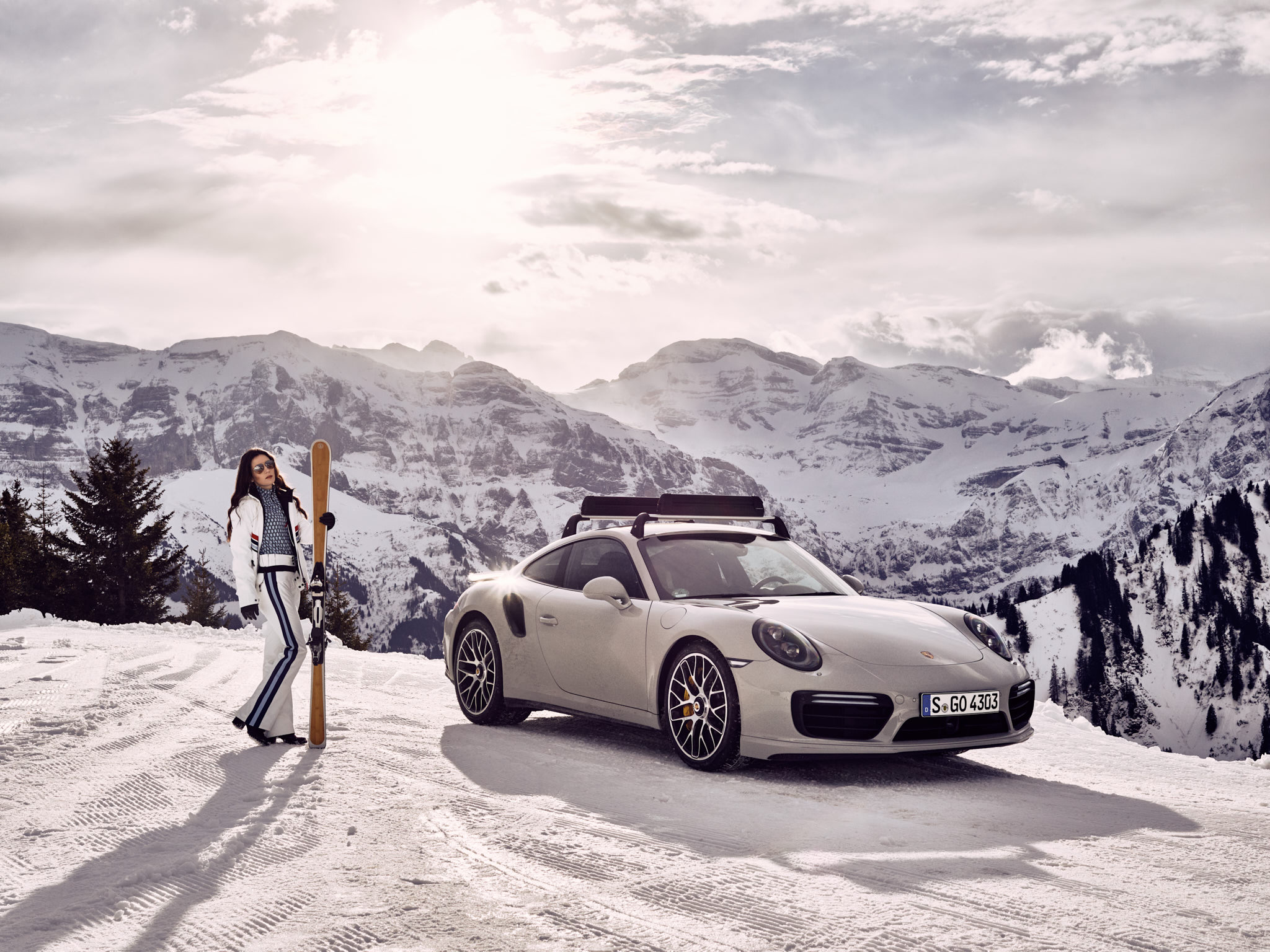 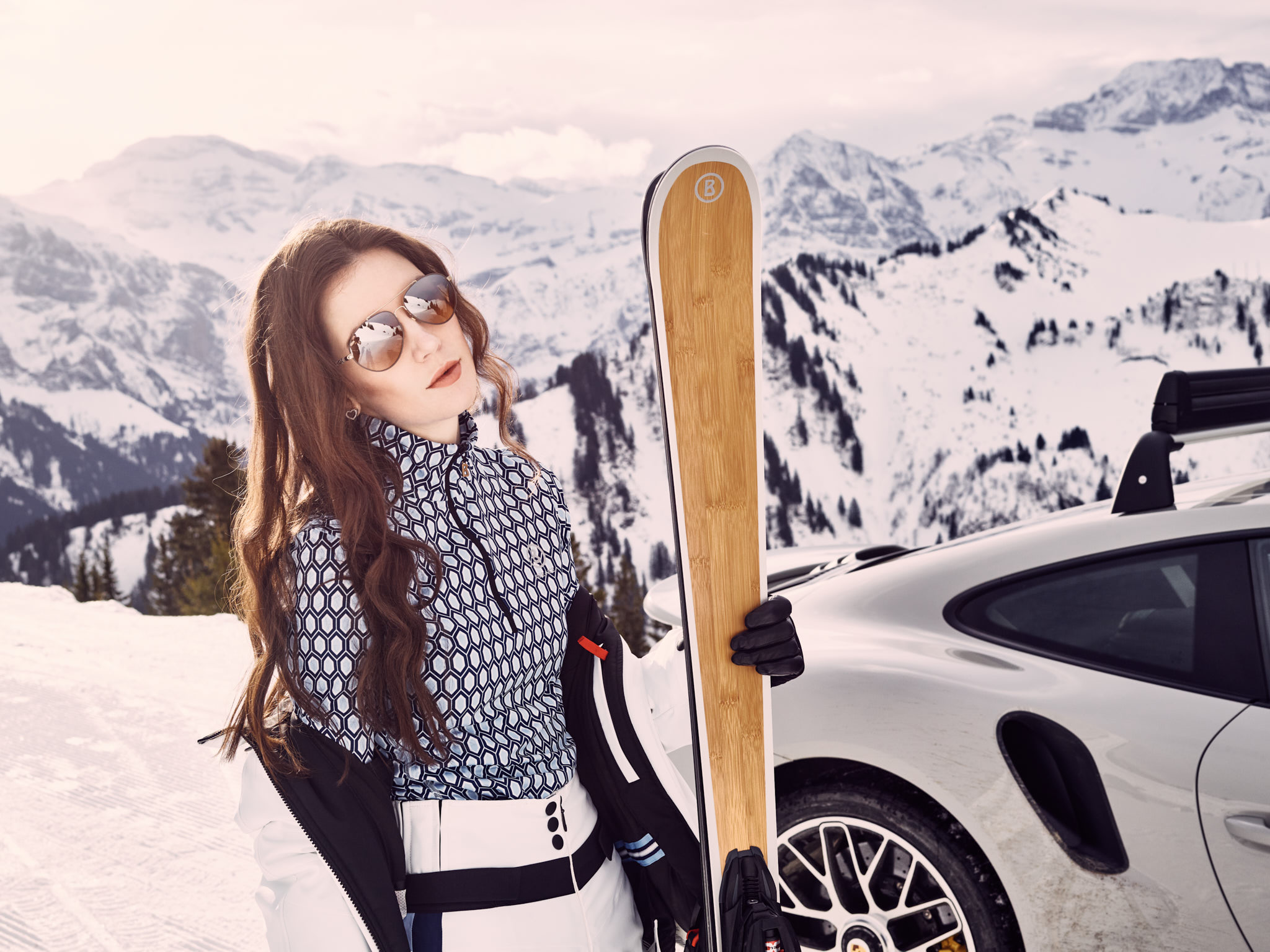 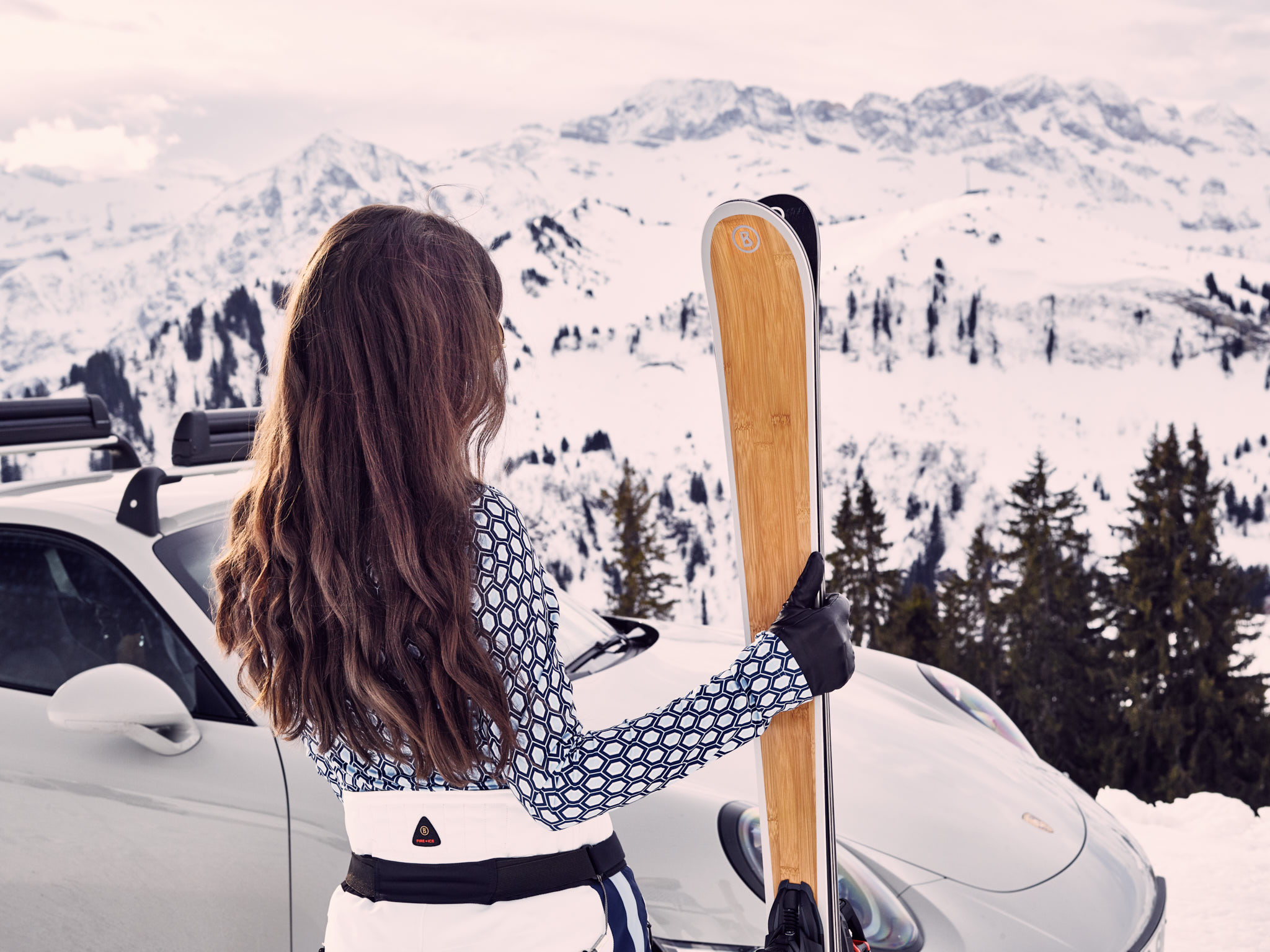 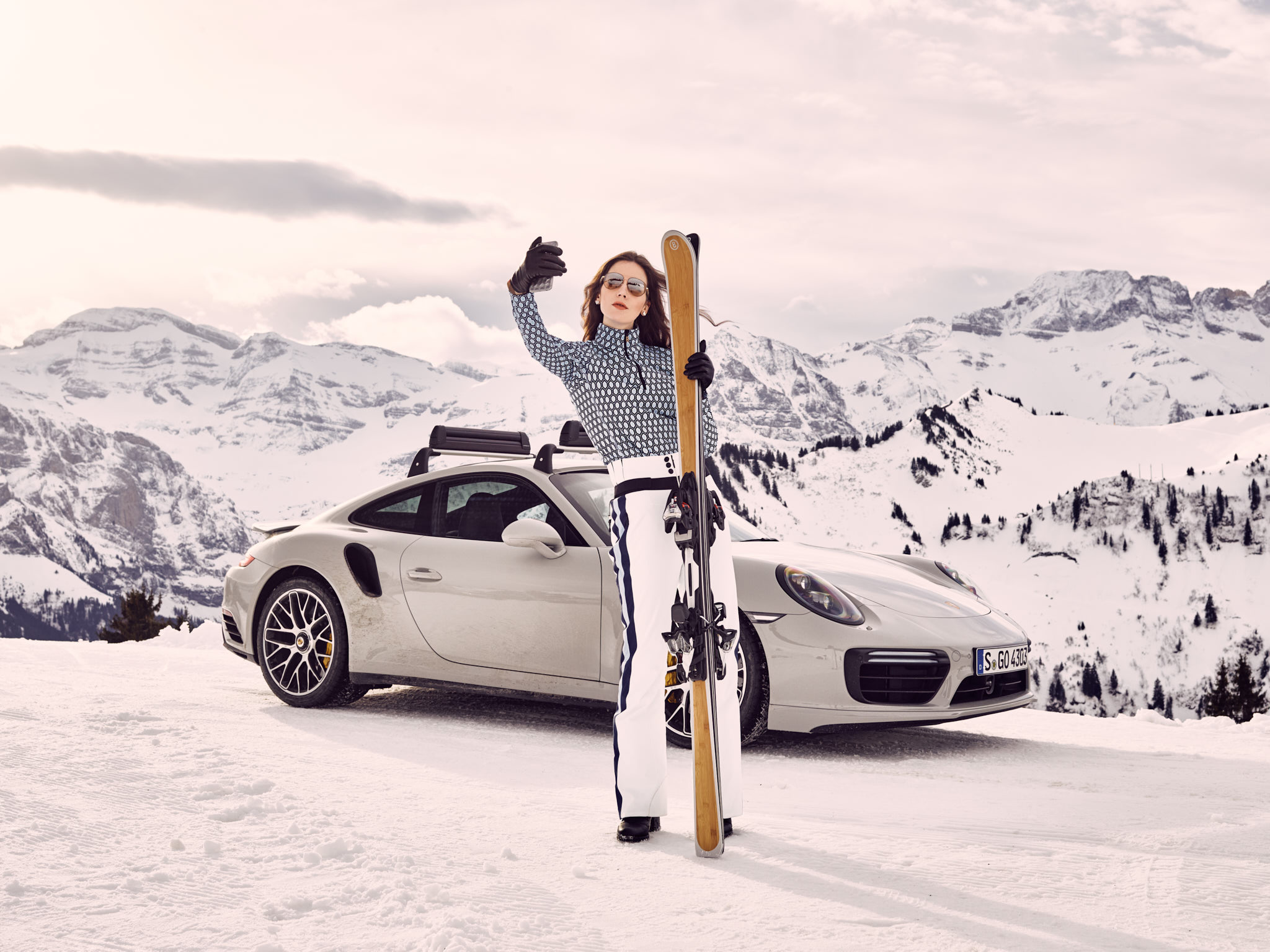 And then Porsche rang my phone. I got involved in a project where symbols of the late 1960s jet set were to be recreated… in the Swiss alps, with skis and a super sports car. The whole creative team was fixated on Roger Moore – the 1970s James Bond and his shenanigans in the Swiss alps. Somehow, we had to get to this level of coolness while still remaining ever so stylish and sophisticated. 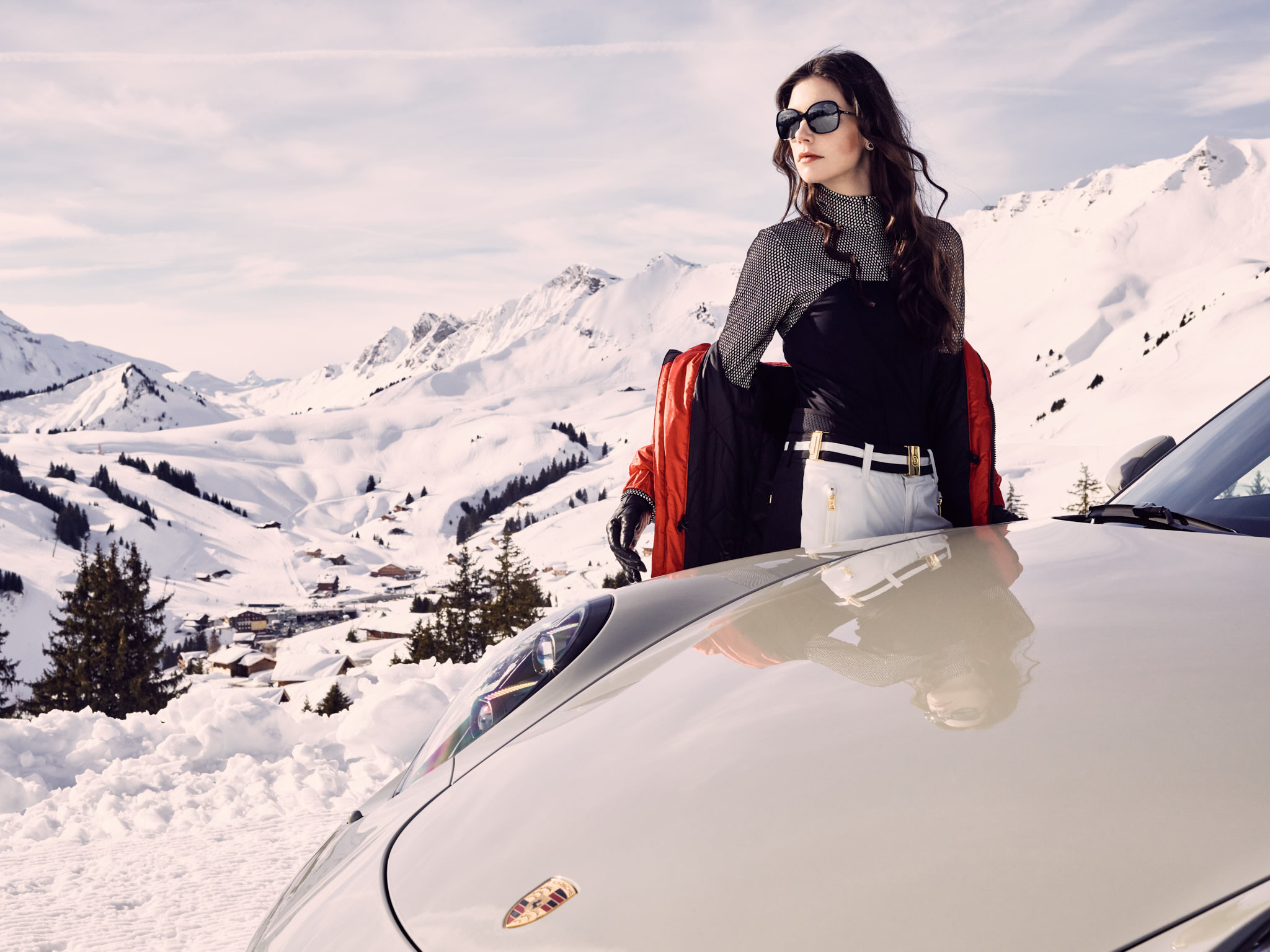 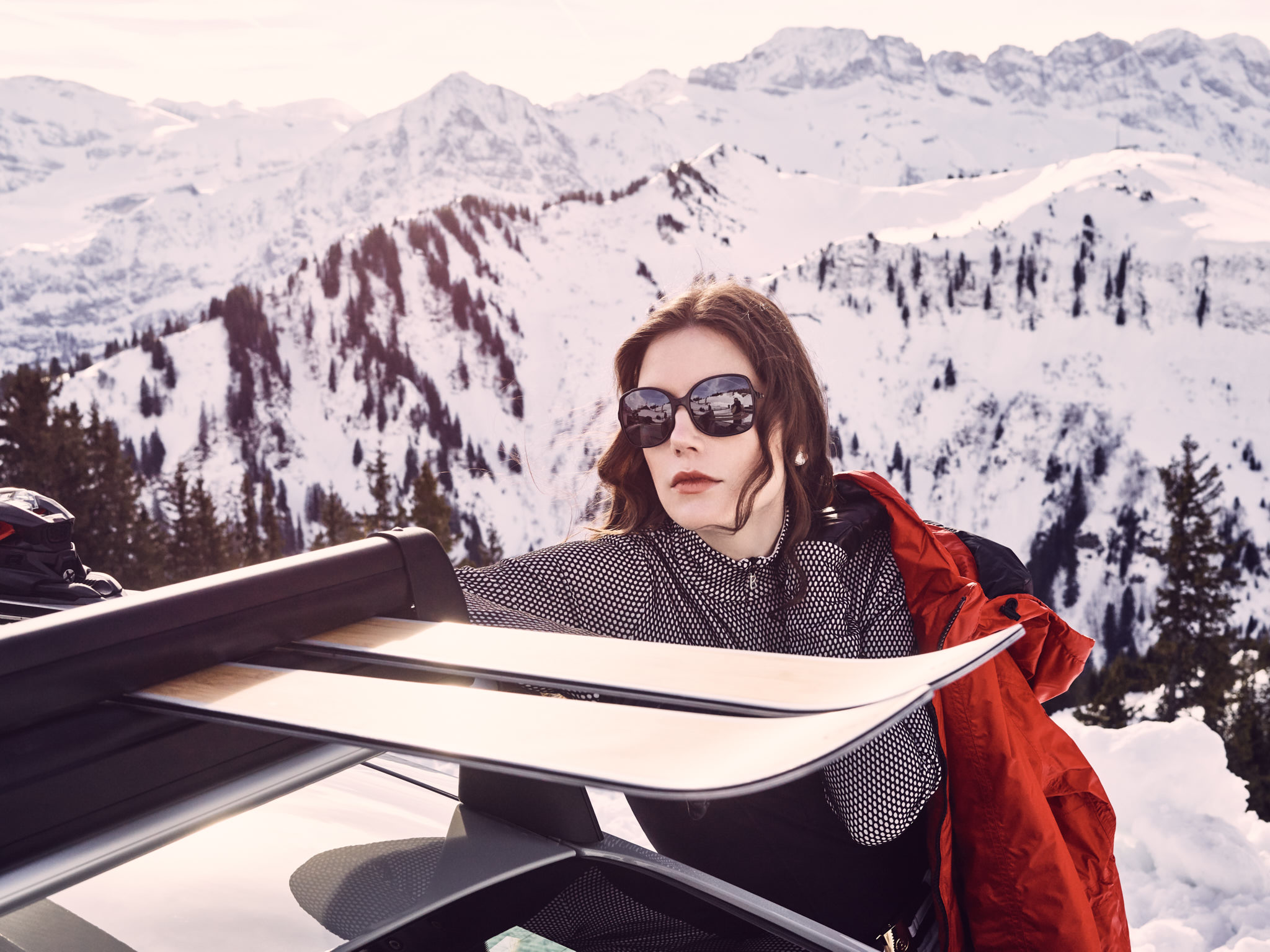 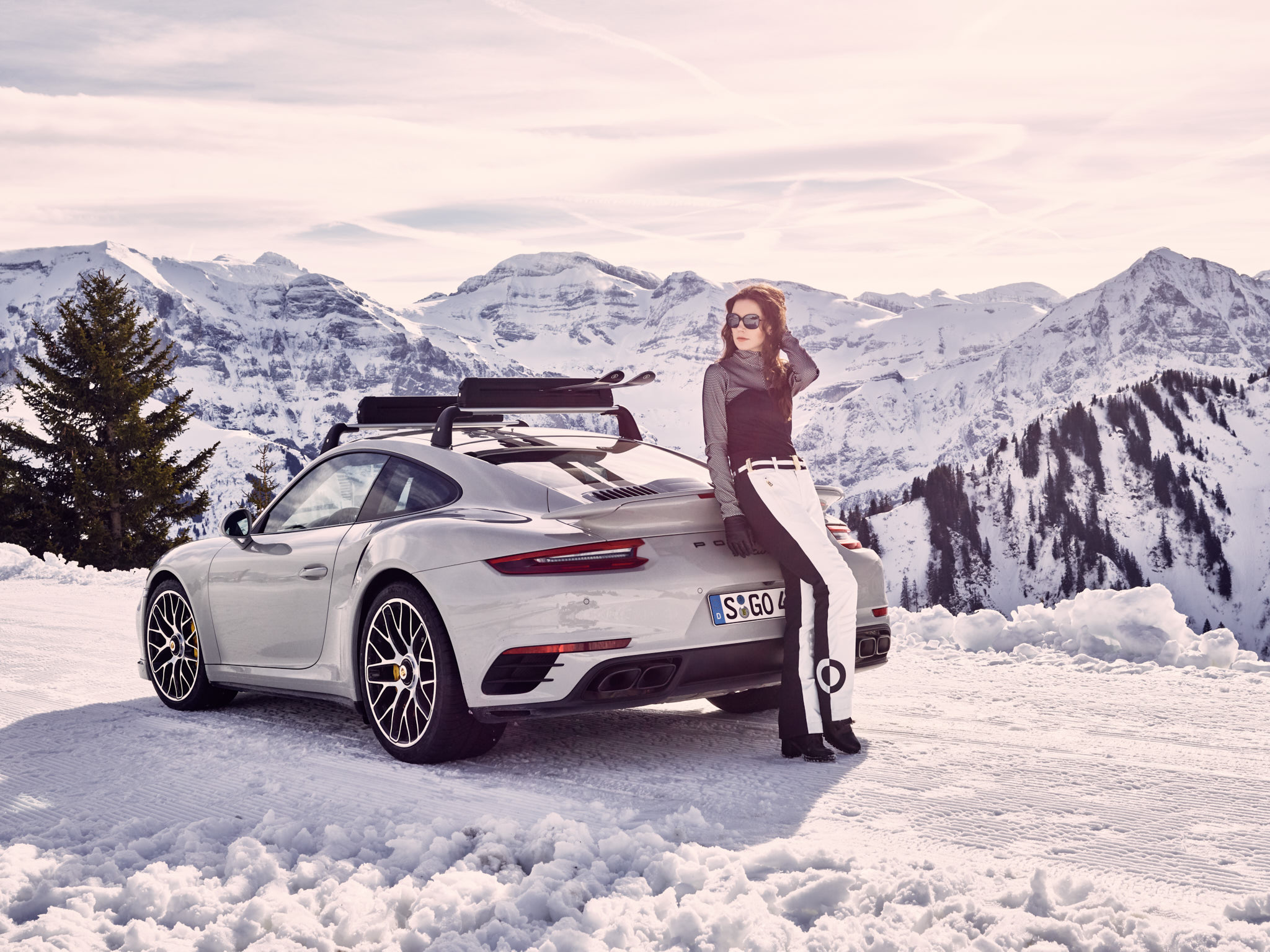 Pulling-off a serious fashion production with a super sports car is difficult on its own… pulling it off in a highly inappropriate environment is a whole other level. The Porsche 911 TURBO S really wasn’t supposed to go off-road – yet our concept was explicitly focused on this motive. To make this work, we needed sophistication – a lot of it. Up until the grey area where you’d be called a self-righteous egocentric if you’d be anyone but James Bond. So… why not be James Bond? 2017 was the year when the ever re-accruing question “why the next James Bond shouldn’t be female?” wasn’t dismissed in a few days but sparked an ongoing discussion. The idea that her majesties best spy could be just as well a woman hasn’t been canned since (as it had been in all other years before). 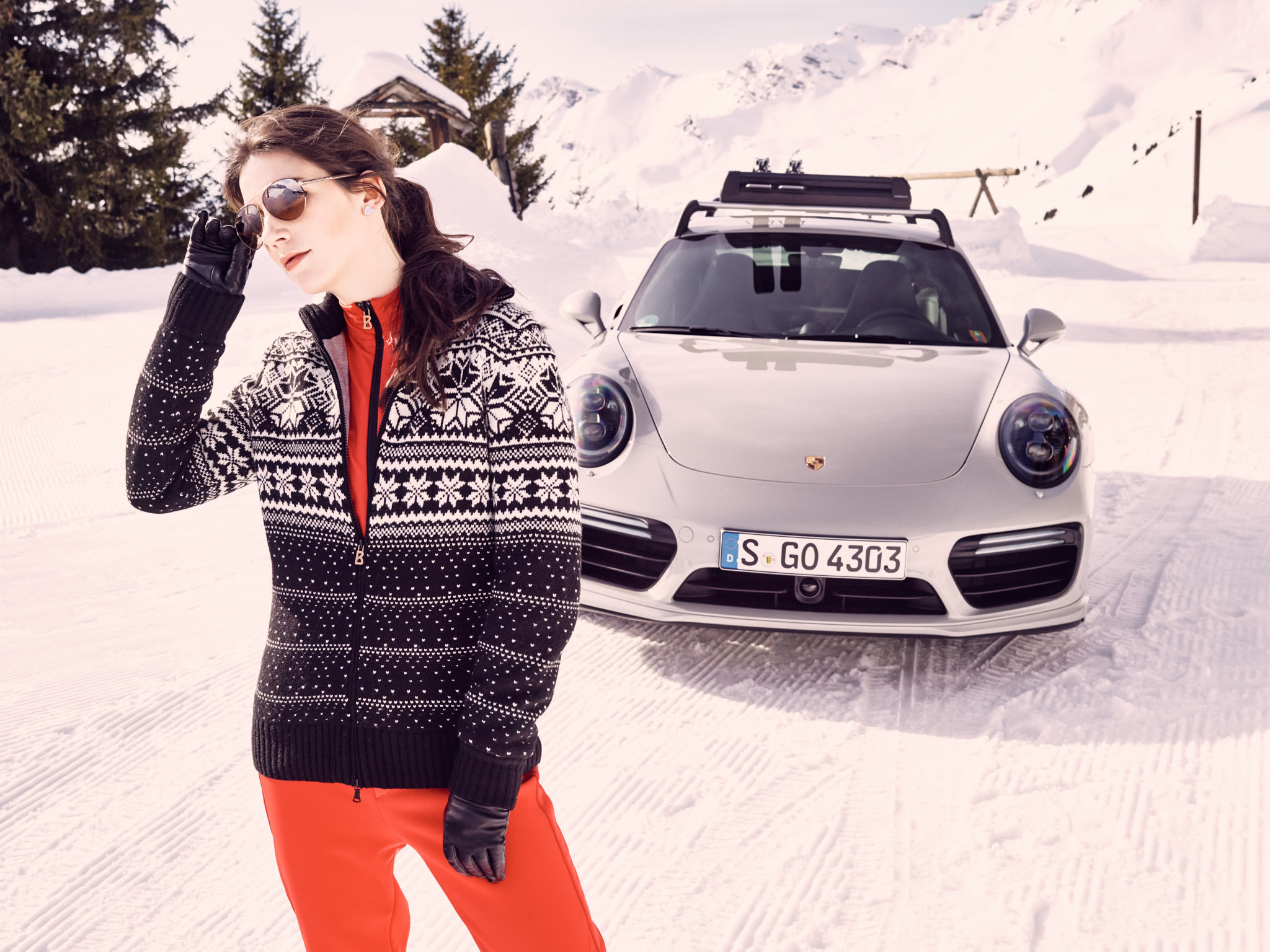 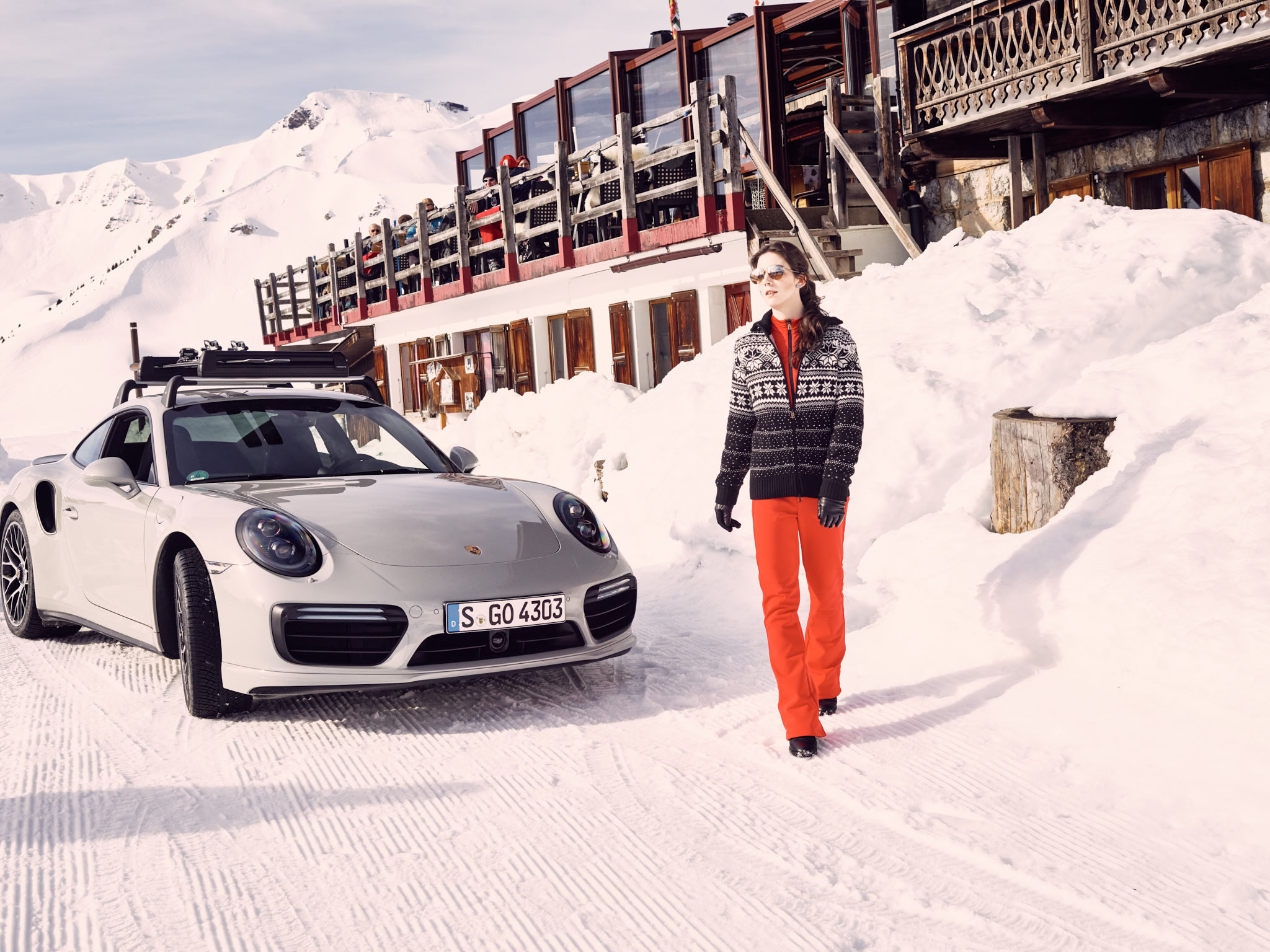 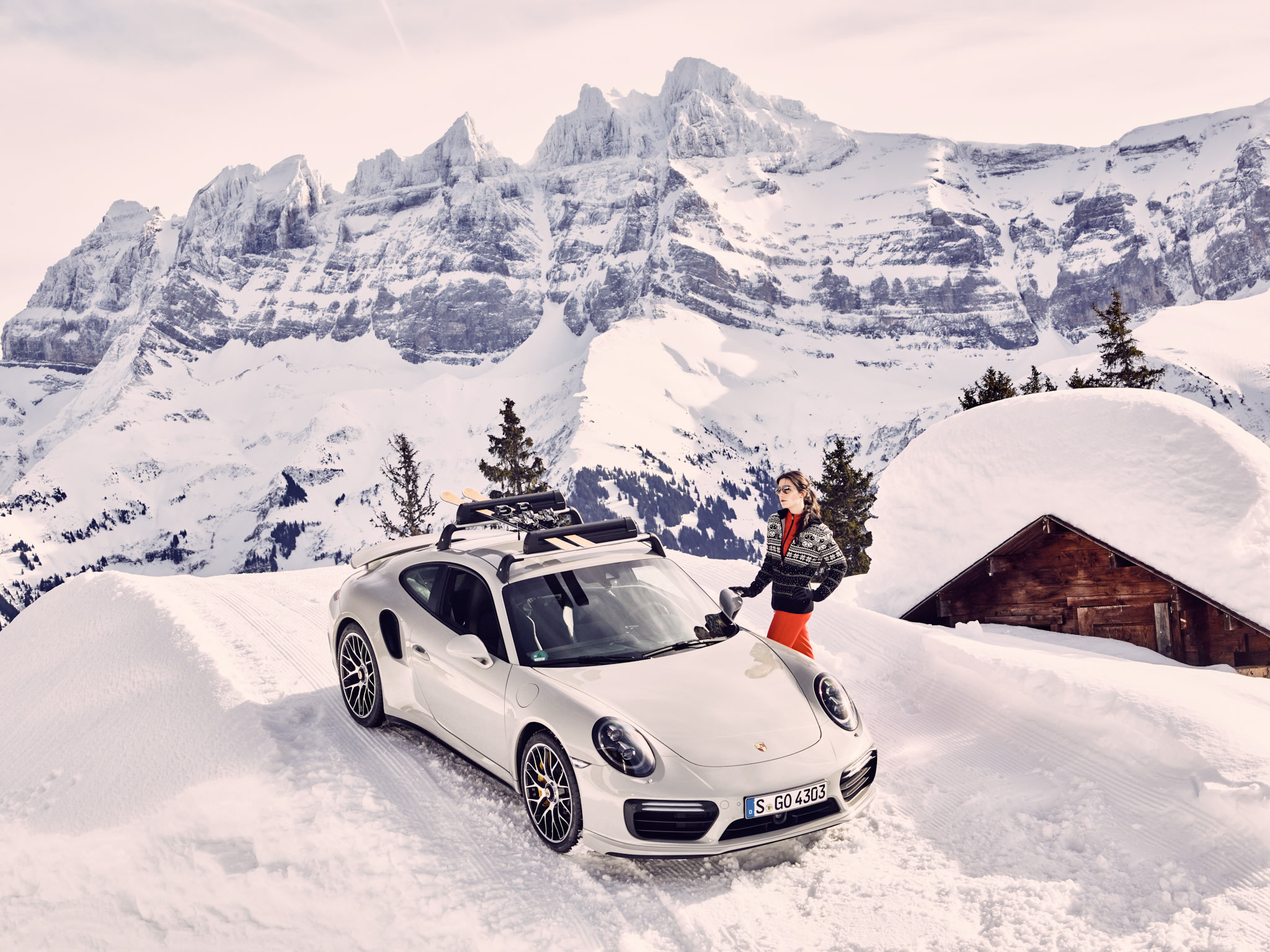 Fitted with the idea to take a female spin on the male style icon ‘Bond and use it as a unisex way of embody a very strong (and healthy) image of self-security was my gateway to deconstruct the pop-figure. If you think about it… what’s not to like about being the most possible stylish with no compromise at all, since it feeds the purpose of reaching your agent-ish goals? What’s not cool about living the absolute jet set life just to be able to spy on the wealthy power players of the worlds back room politics? The best clothes, the coolest cars, the greatest destinations for the most elite gatherings and parties. Considering these working conditions there are worse jobs, than being a top-secret agent. 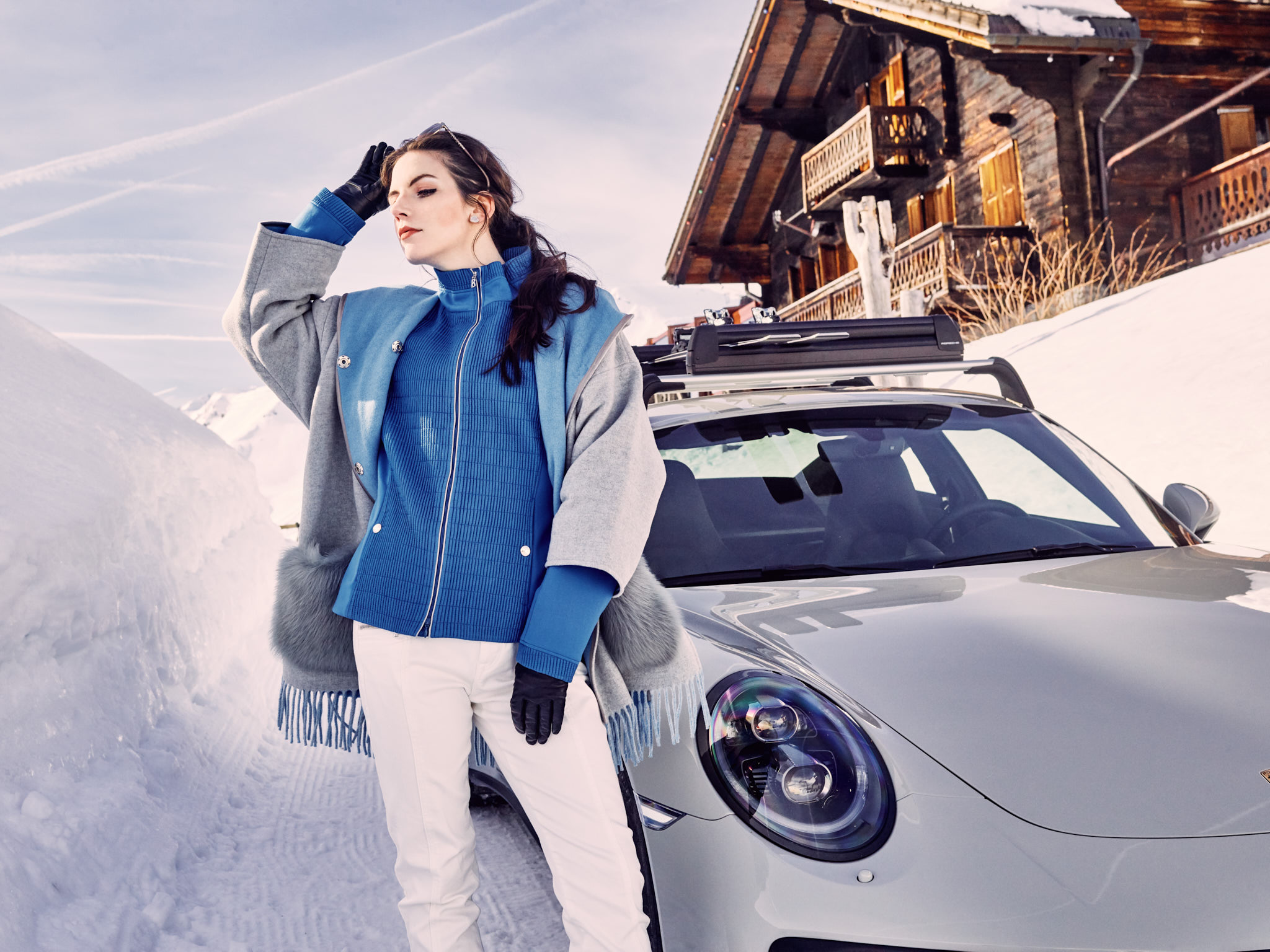 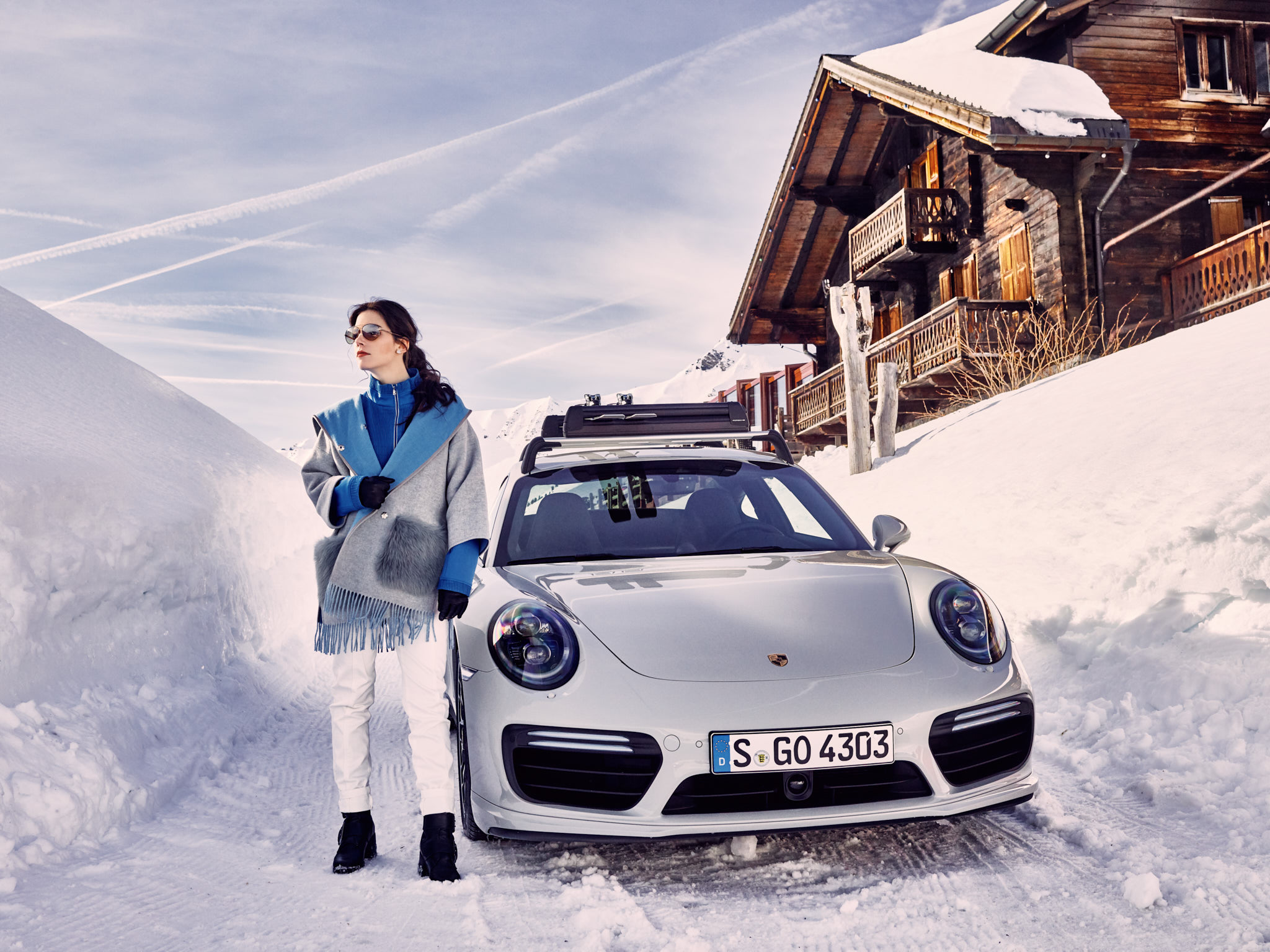 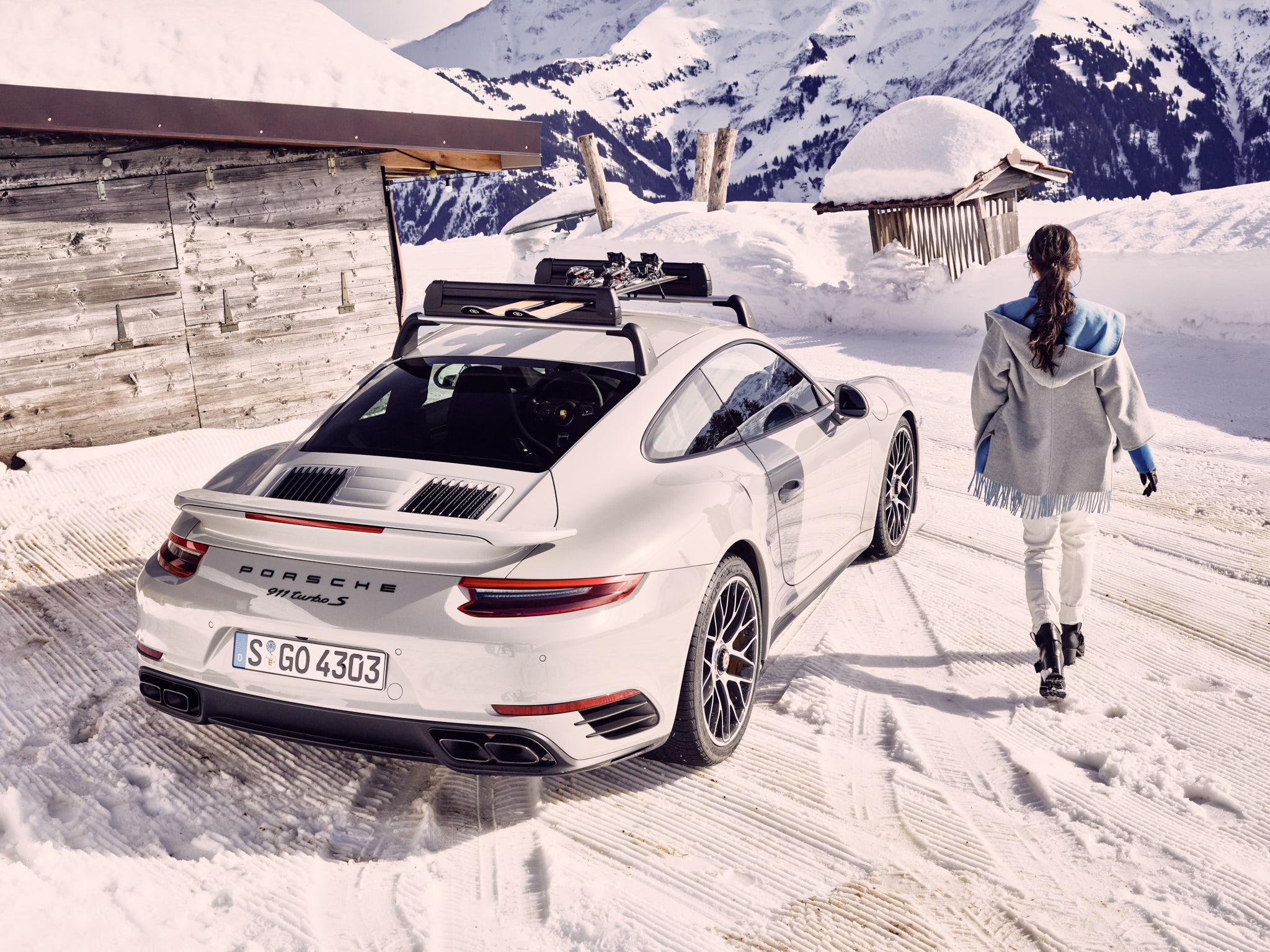 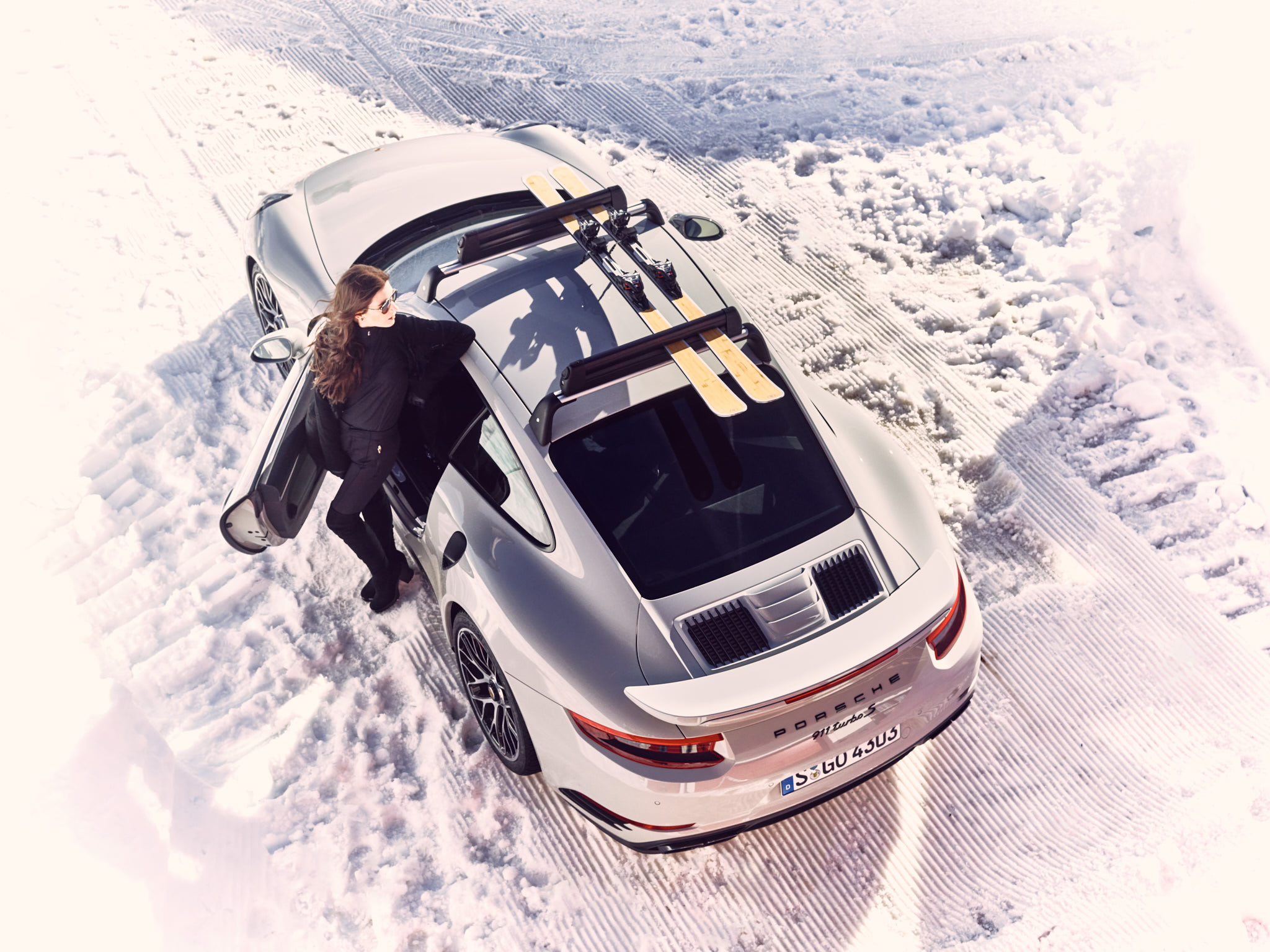 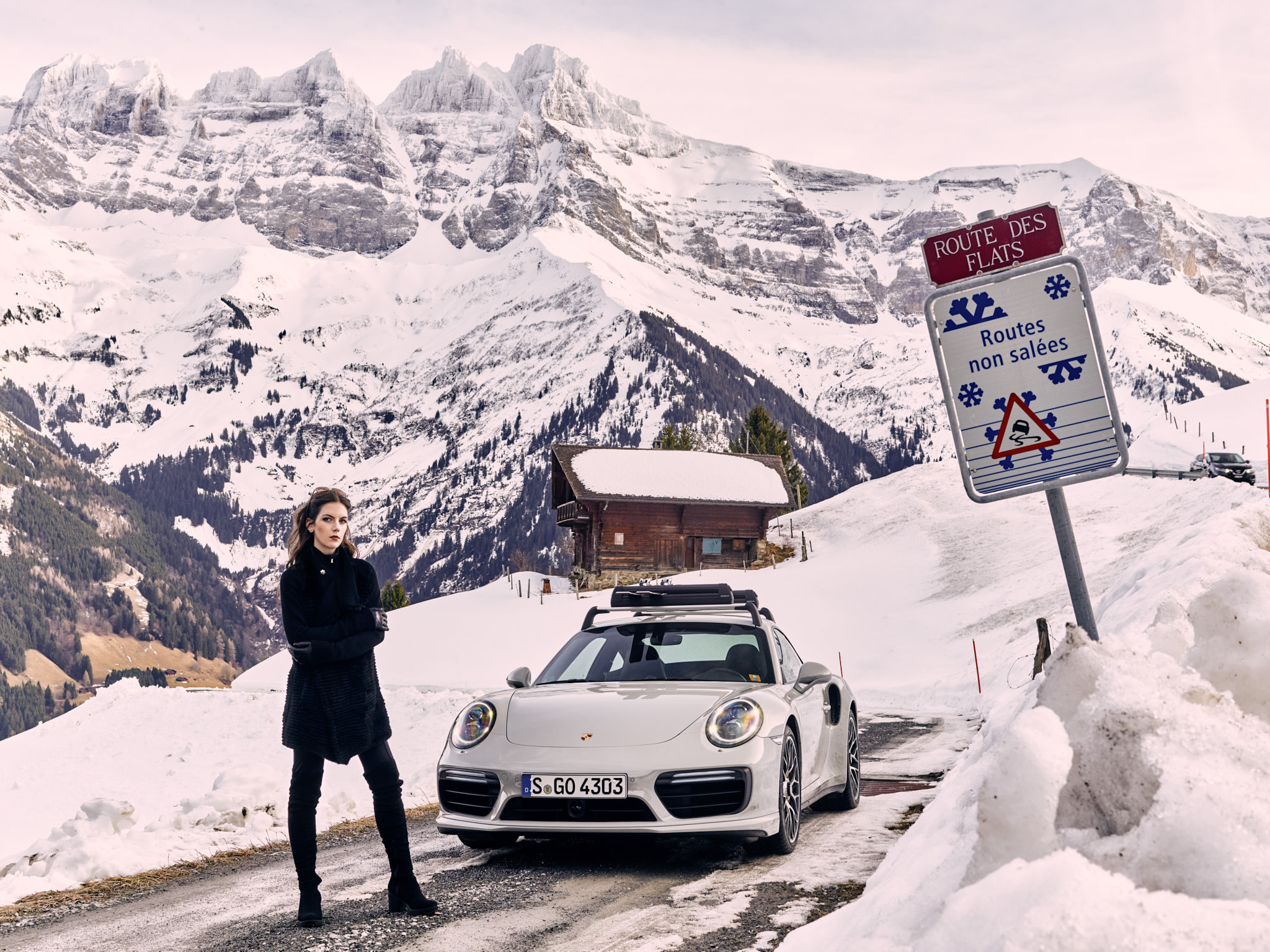 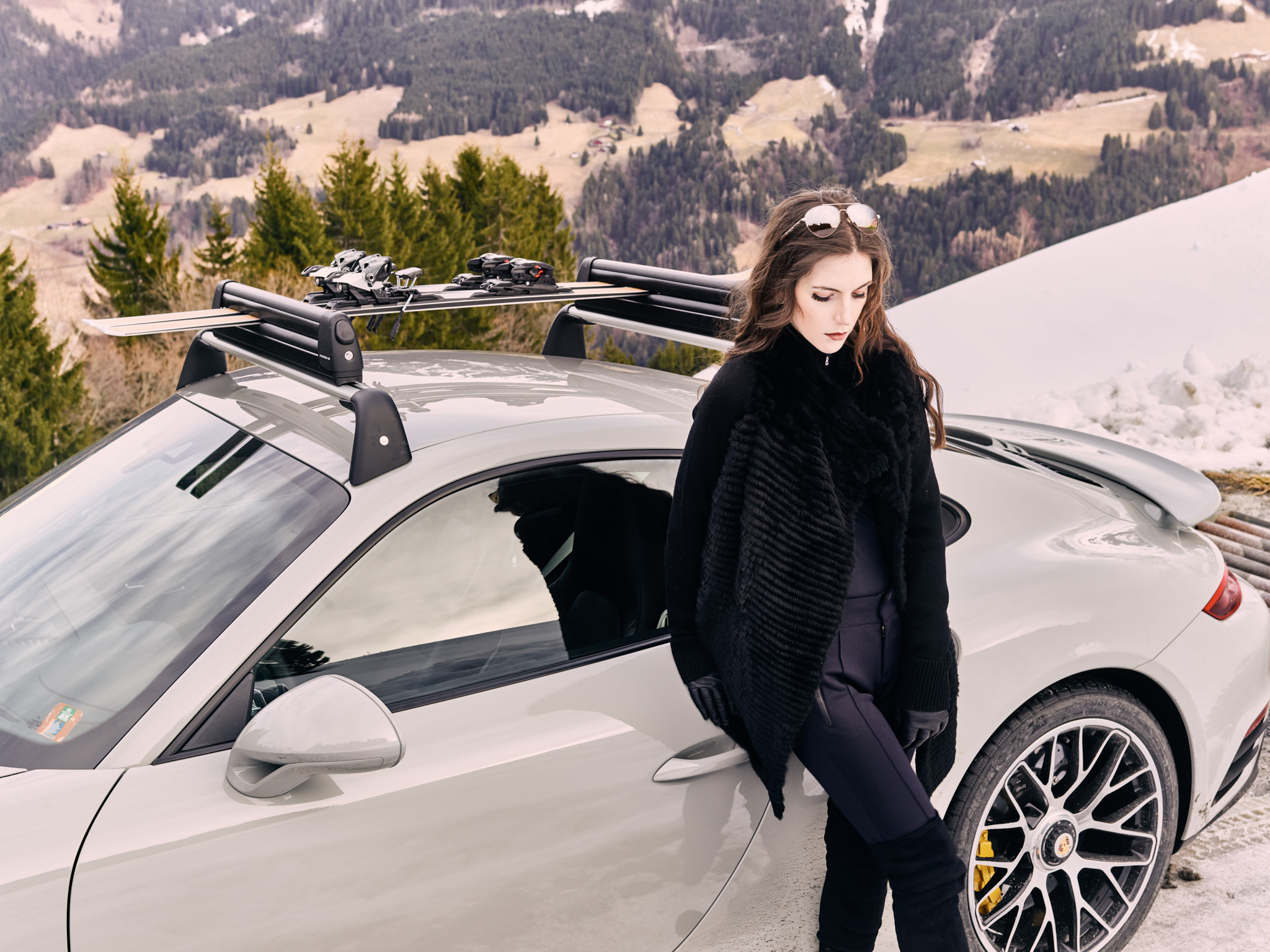 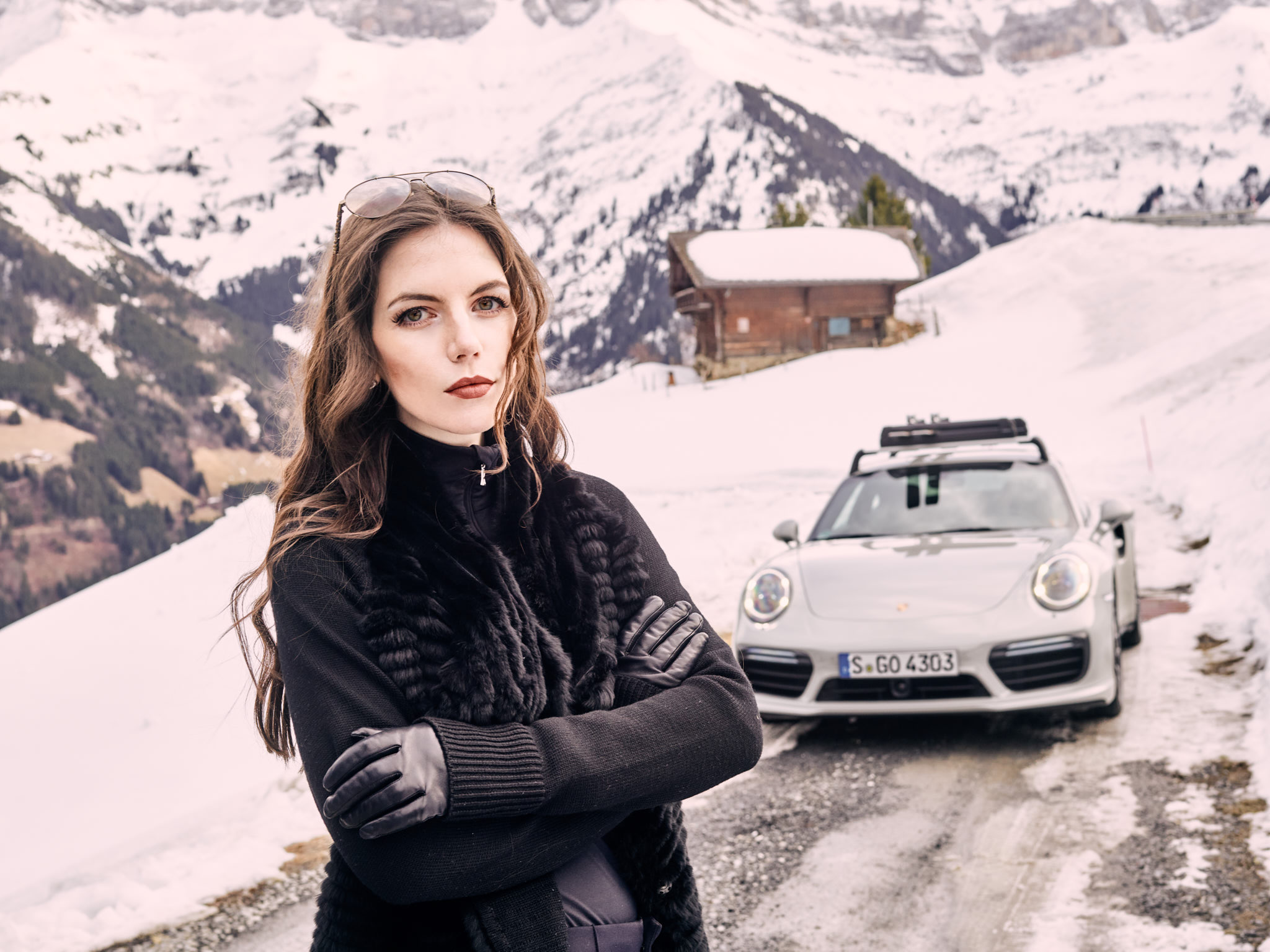 To make everything look as authentic as possible we involved BOGNER, since they not only outfitted most James Bond Ski-scenes – but their CEO, Willy Bogner Jr directed and filmed them himself. It’s a very rare thing that a blockbuster production got two directors – but whenever EON-productions was in need of simply the best ski-movie-scenes, they hired the German Olympic athlete – and filmmaker – and owner of his own fashion-company Willy Bogner. Hence, he co-directed most of the 1970s Bond-movies (every single one with snow in it). Since he was also quite clever, he made everybody in the movies wear his clothes… so the pinnacle of style and jet set, which was portrayed by James Bond, got connotated with wearing Ski-outfits by BOGNER. And to be honest: after wearing nearly a couple of outfits of them on the shooting day I can totally understand why the haute-volée still does. 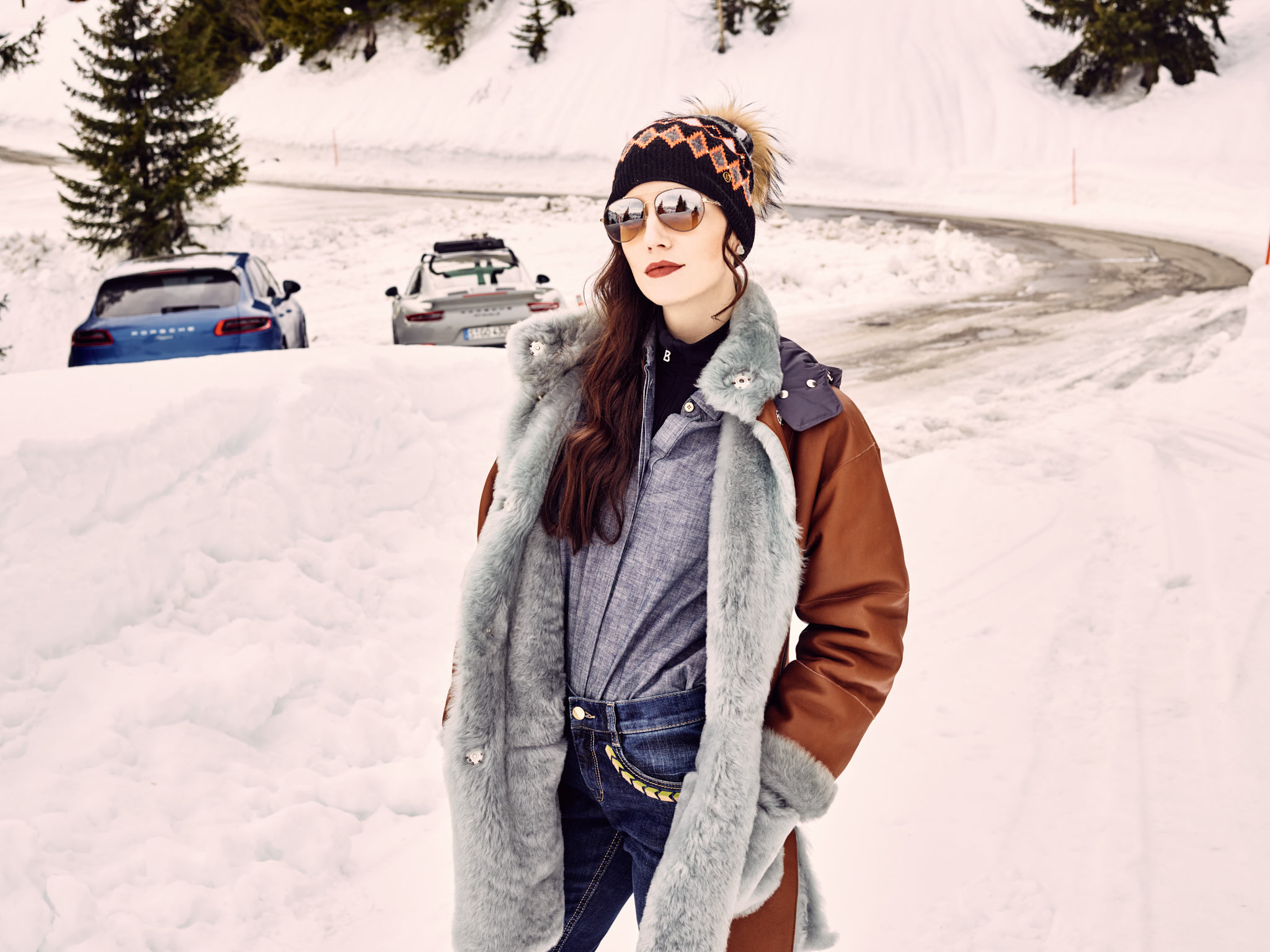 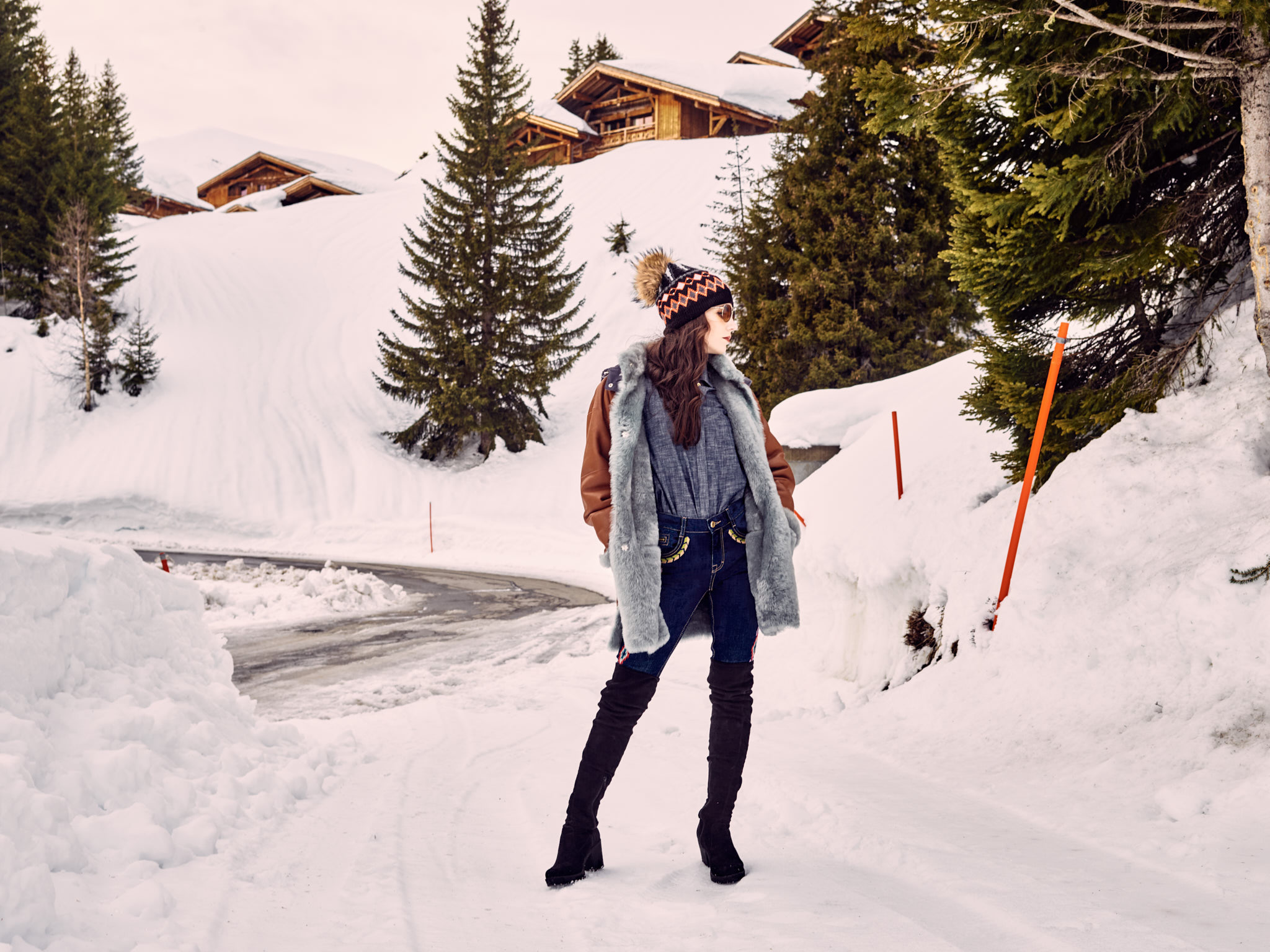 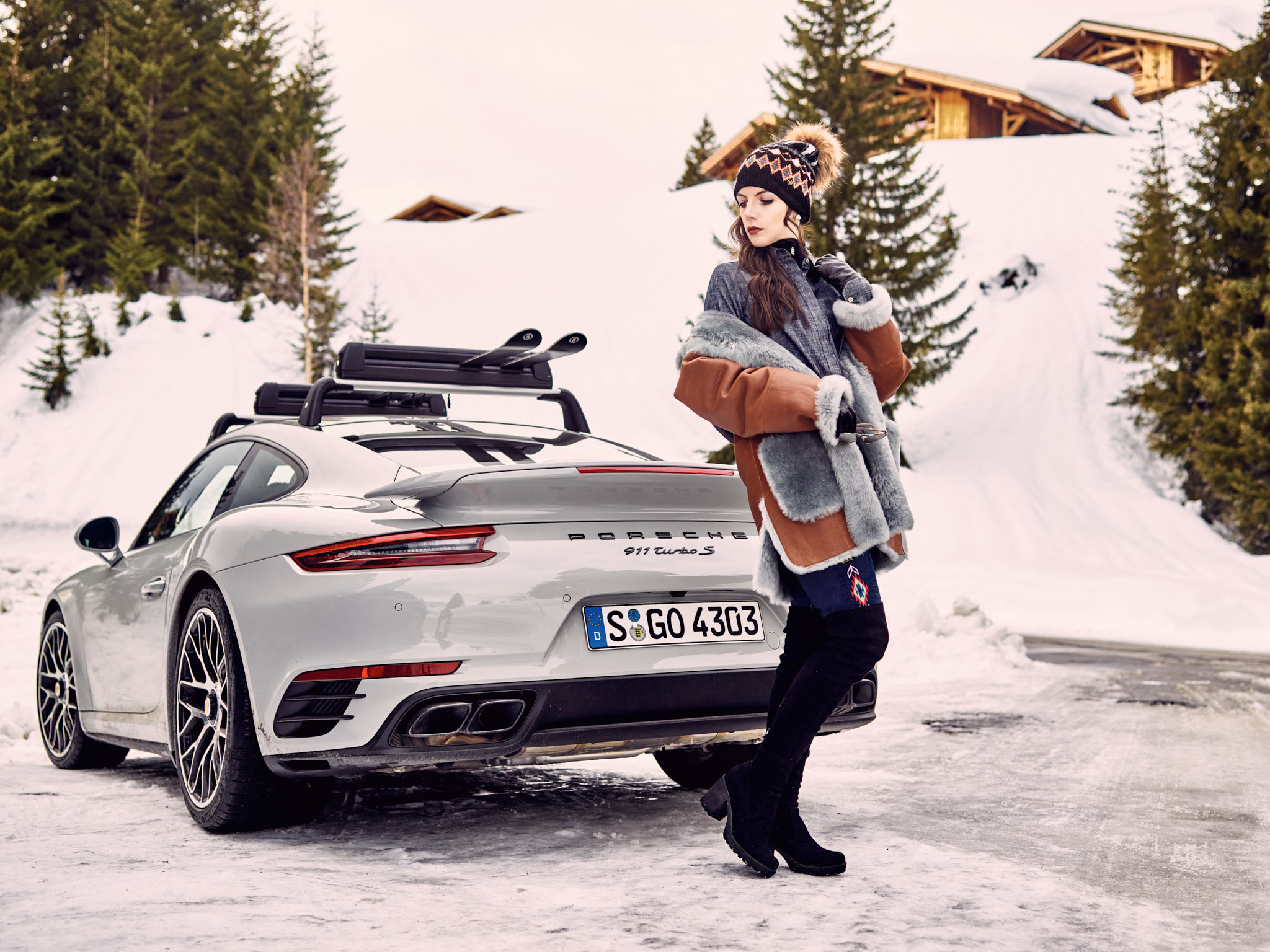 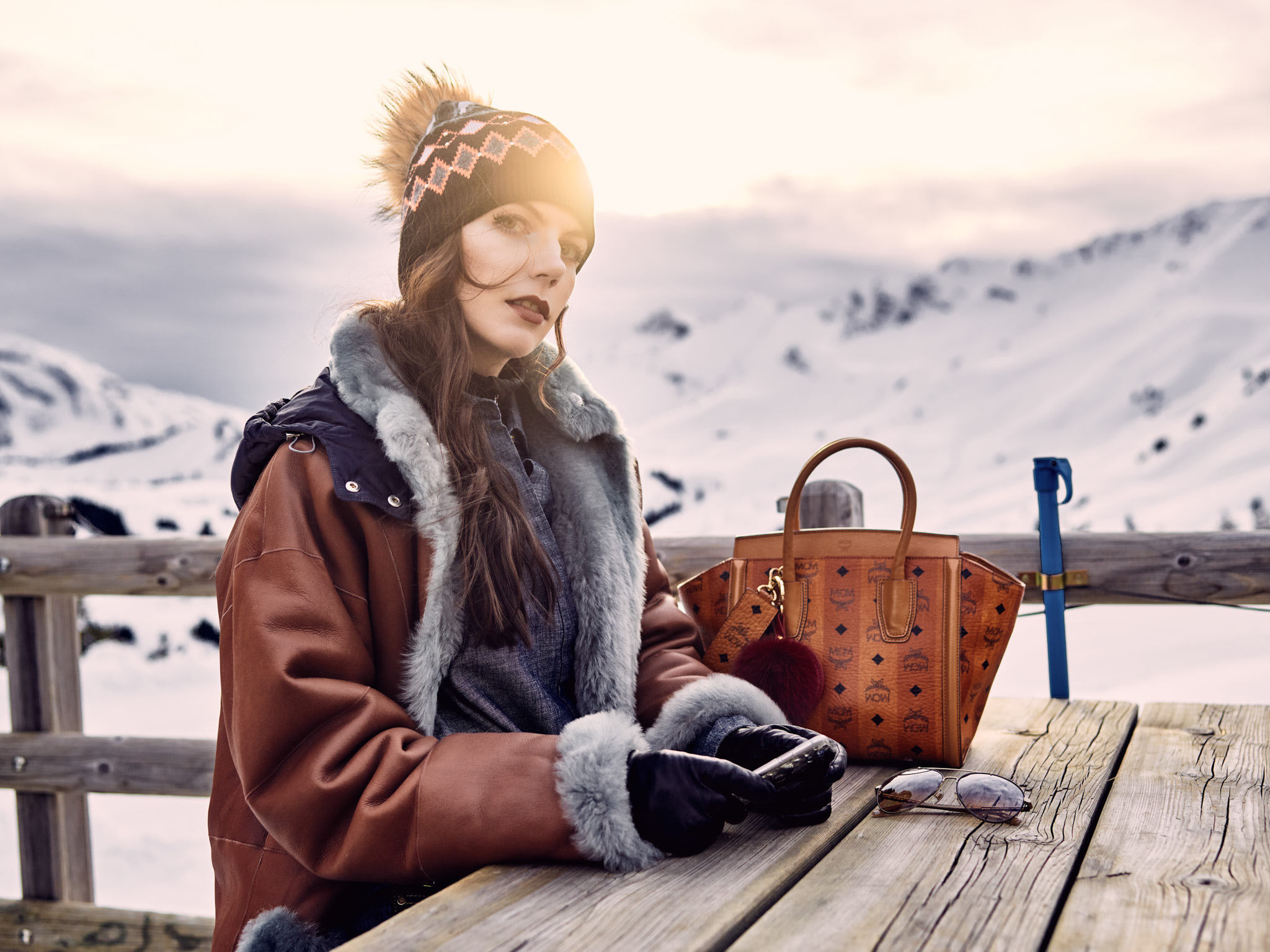 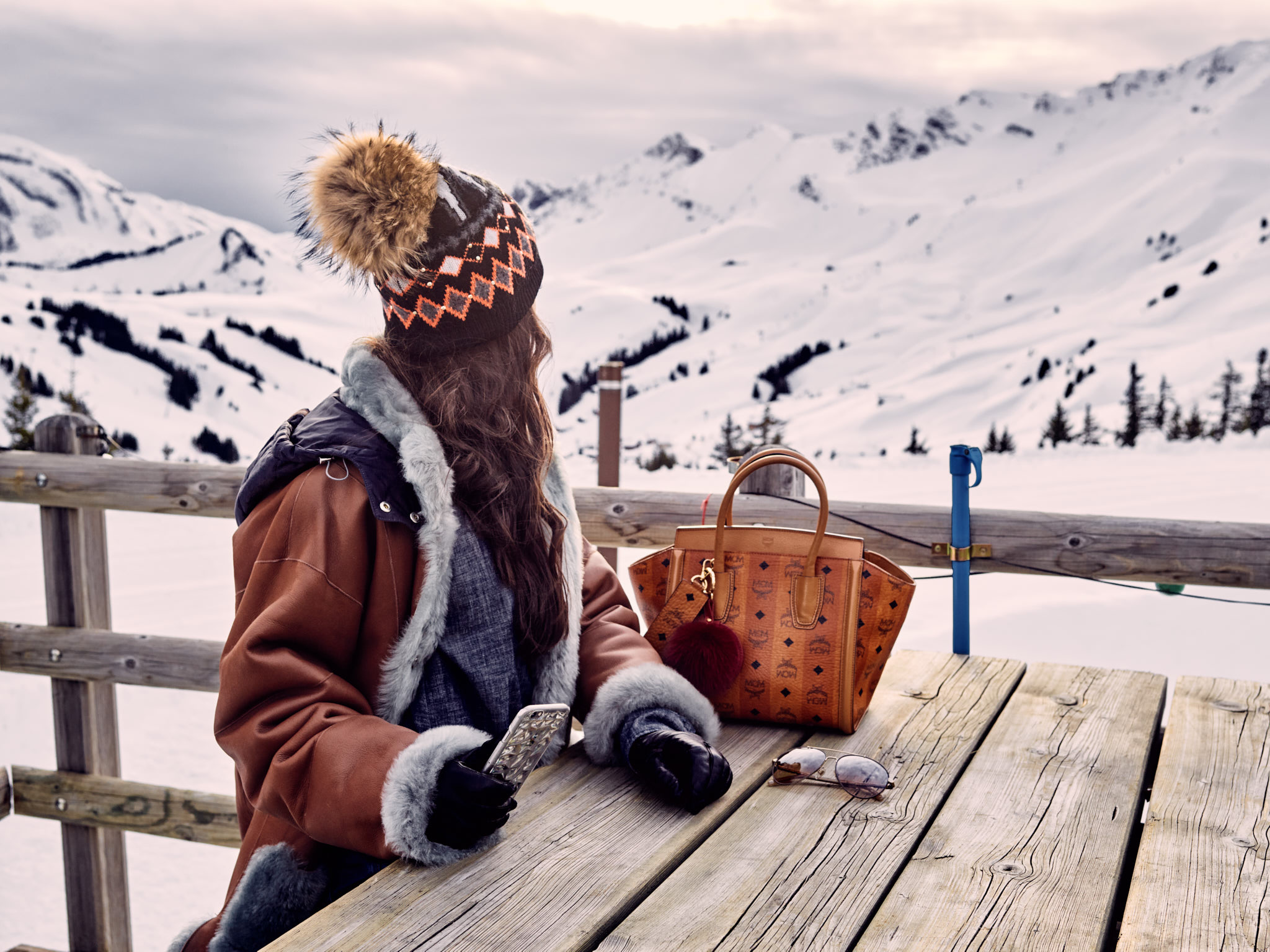 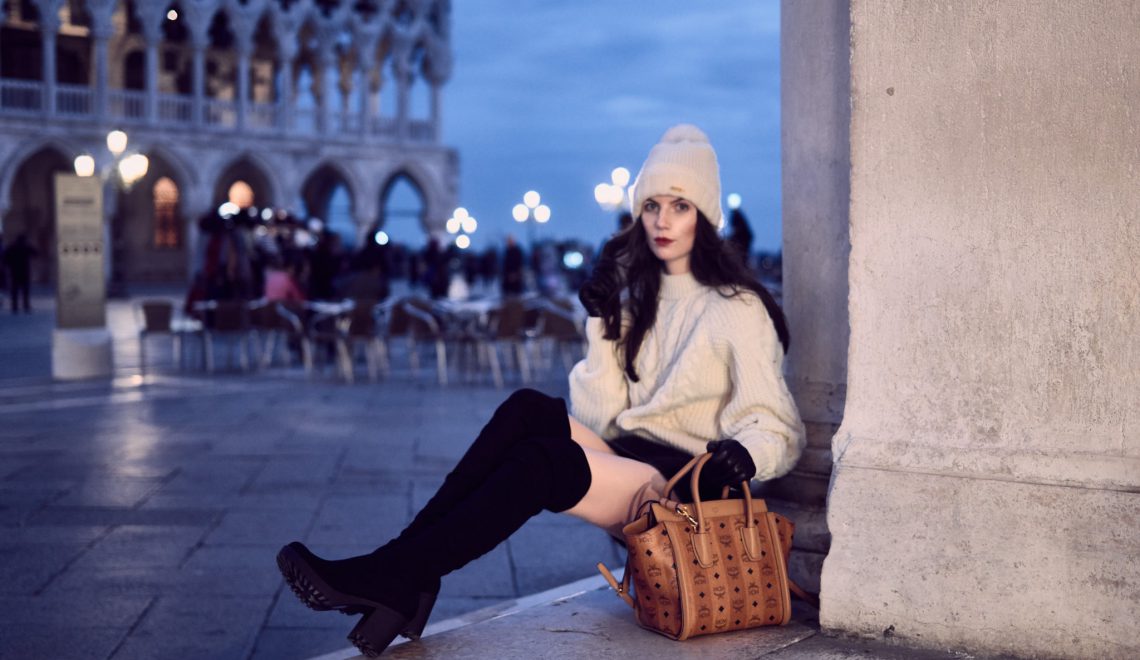 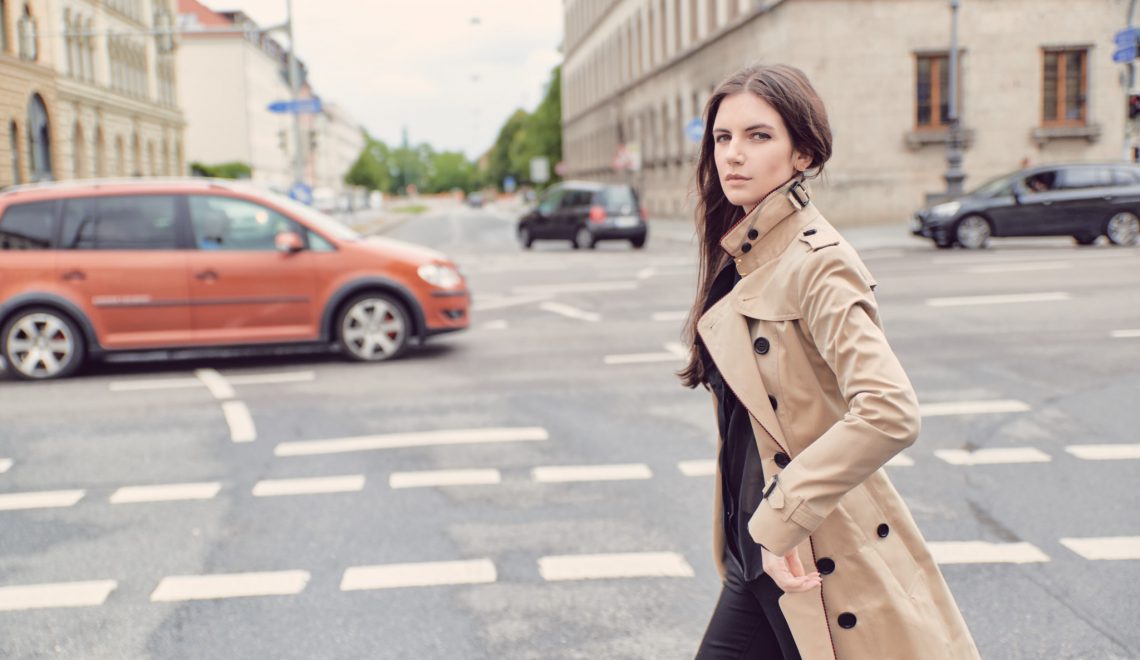 WHY THE TRENCH COAT IS A FASHION ESSENTIAL 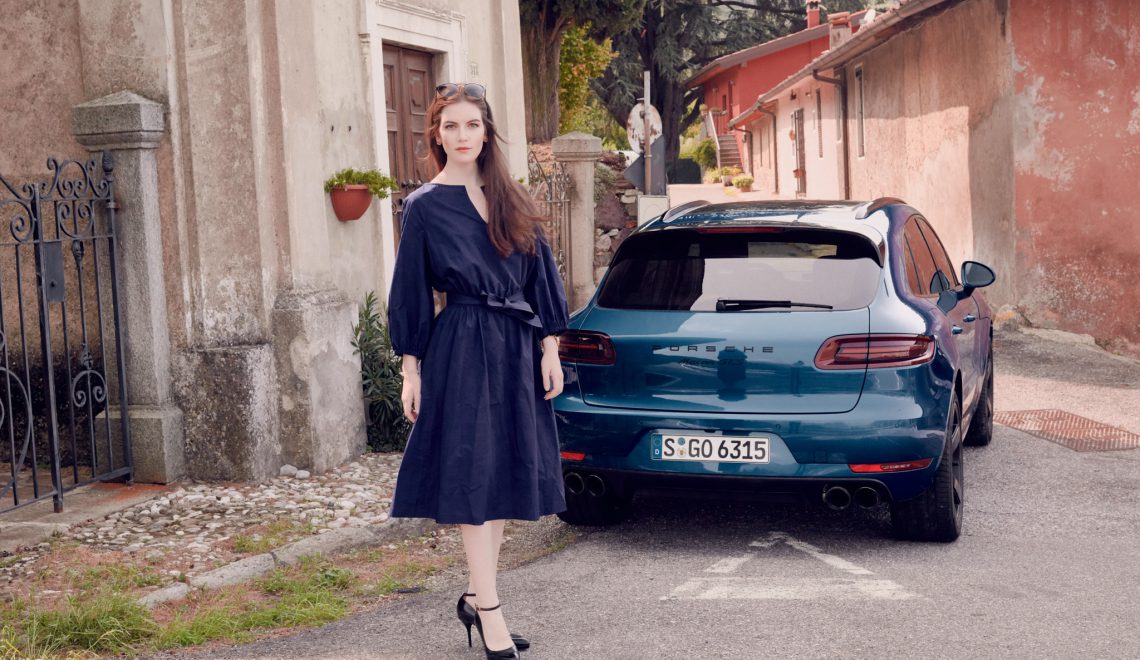