TUSCANY: THE ROAD FROM ASCIANO TO SIENA 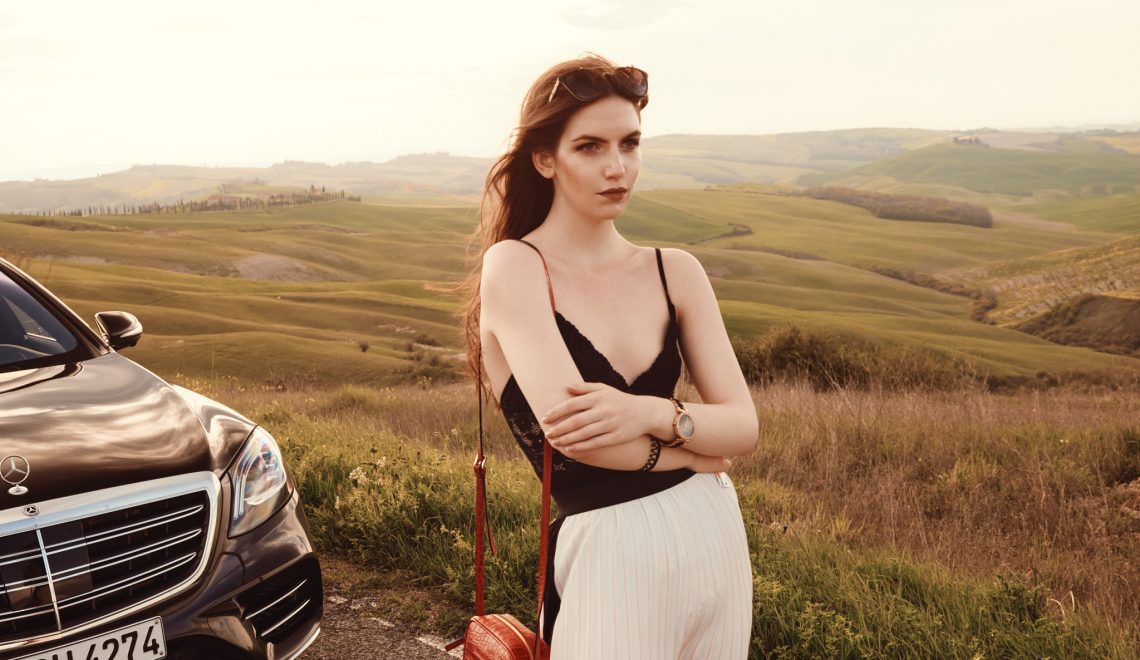 If you had the chance to travel to Tuscany and choose between a Mercedes SL 400 and a S-class EWB (extended wheel base – the longer version), what would you pick? The SL because of its extremely elegant look as a convertible? Or the S-class for being one the most iconic symbols of luxury?

It’s hard to choose… whenever you start comparing you get torn between different qualities of the same things – being handled differently by the two cars. Not necessary better or worse – but quite essentially just in a different kind of “good”. For example: the road is very curvy, it got narrow turns… so it is a good idea to go for the very comfortable S-Class. With its longer wheel base (in the case of the EWB version: even much longer wheel base) and the adaptive air suspension it tries hard – and successfully – to keep you and your stomach well. The SL has a whole different approach: it encourages you to aim for the perfect race line through every bend. It rides like being told and feels incredibly sporty. Btw. Much sportier than the versions with the bigger engines, since the small 6-cylinder engine makes the front end feel light – it feels more like a small Porsche, rather than a big Bentley… which is in terms of curvy b-road-driving a fabulous thing. So, while the S-Class tries to rest your intestines the SL is keen on stirring them up. As it seems on first glance… but…

…but then you start playing around with the many features and buttons and the world gets upside down. Put the S-Class in SPORT, adjust the active seats to their maximum setting (instead of being hugged they start to squeeze you in every corner) – turn up the Burmester Surround Sound audio and soon you find yourself blasting through the countryside. This car can handle hill climbs in speeds which feel in most other cars uncomfortably unsafe – while just forcing you to smile in the big ‘Benz.

Open the roof of the SL, make every window and wind shot disappear, turn off the audio system and go in INDIVIDUAL which you should have configured like “Suspension: Comfort + Engine: Sport Plus; Steering: Sport Plus” and enjoy driving slower like most Vespas around you – with lots of noise and a sensible amount of wind in your hair (speeds below 60km/h).

Anyways, the point is you can’t really make a decision between these two great luxurious cars. Well at least I can’t which made me pick both (lucky position to do so). Especially driving the road between Siena and Asciano which is known as the region looking most Tuscan-like. 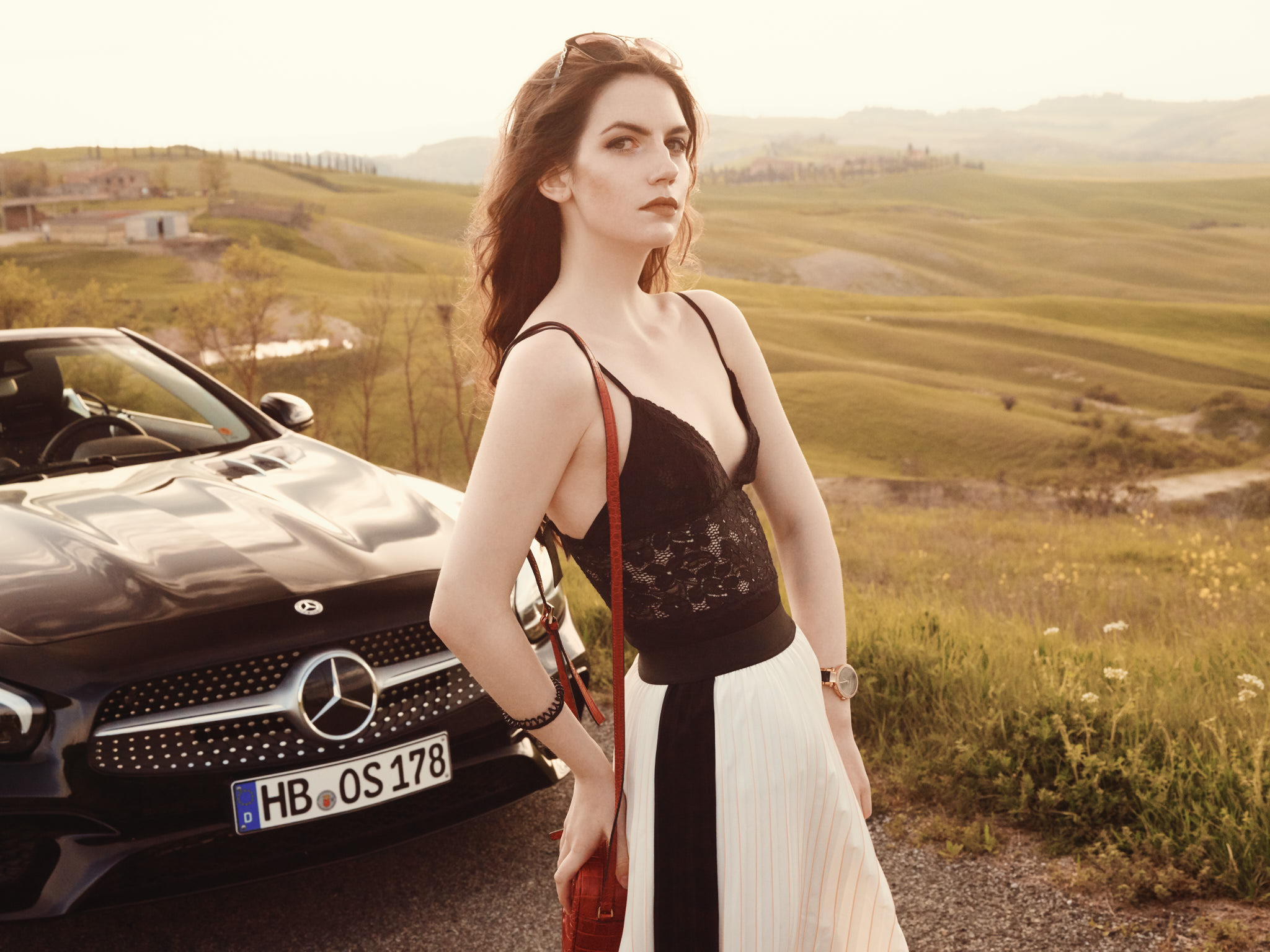 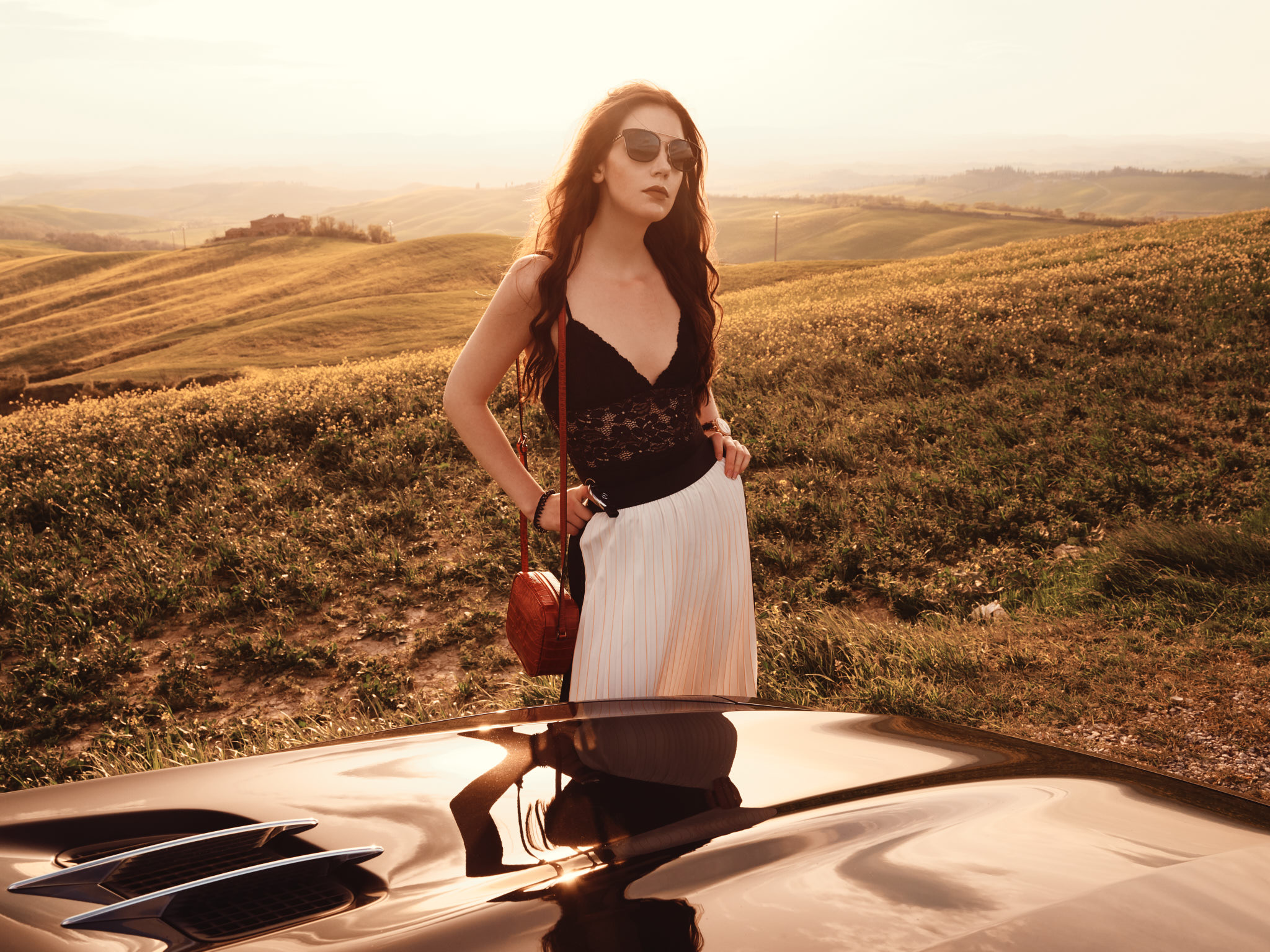 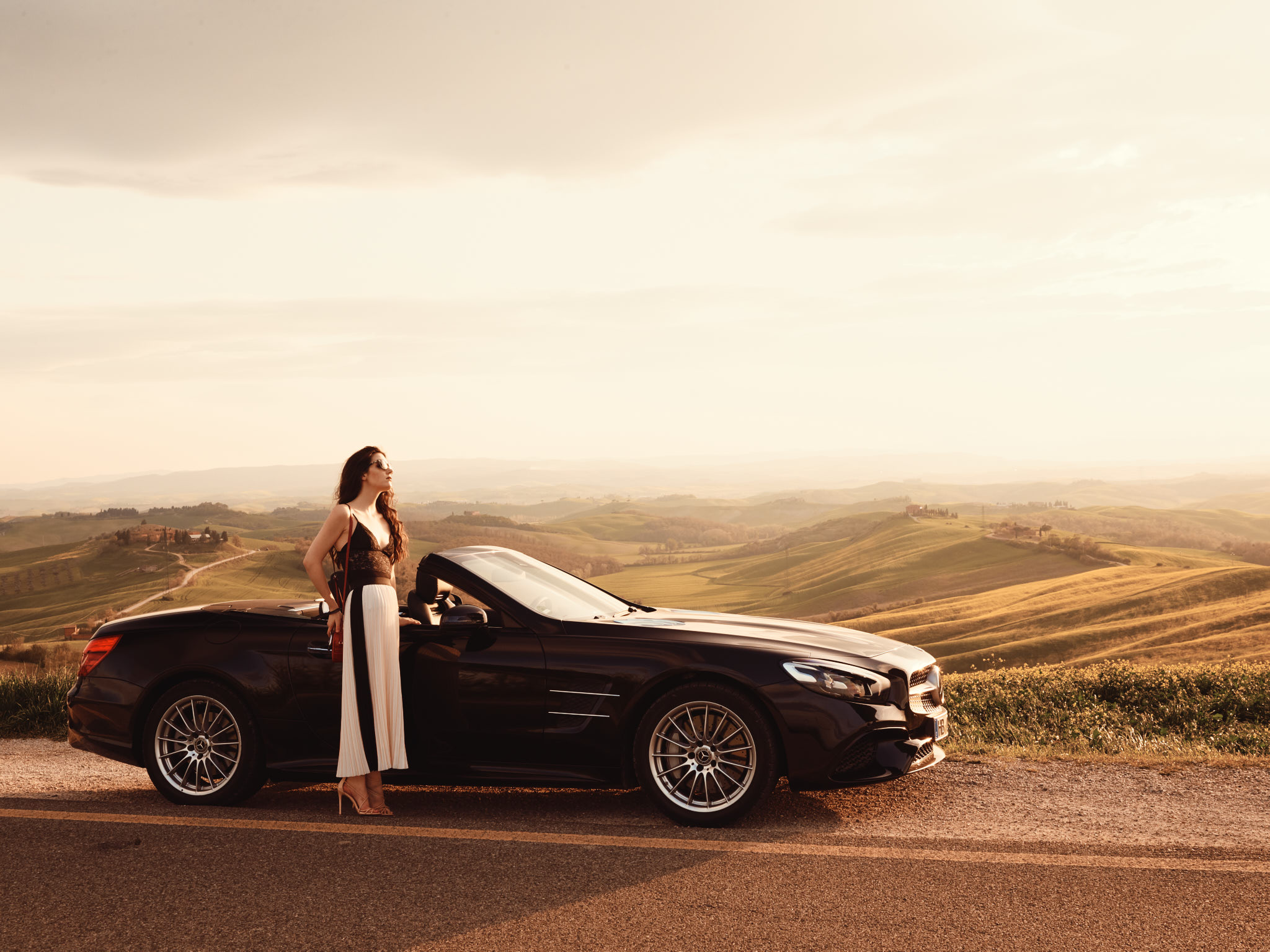 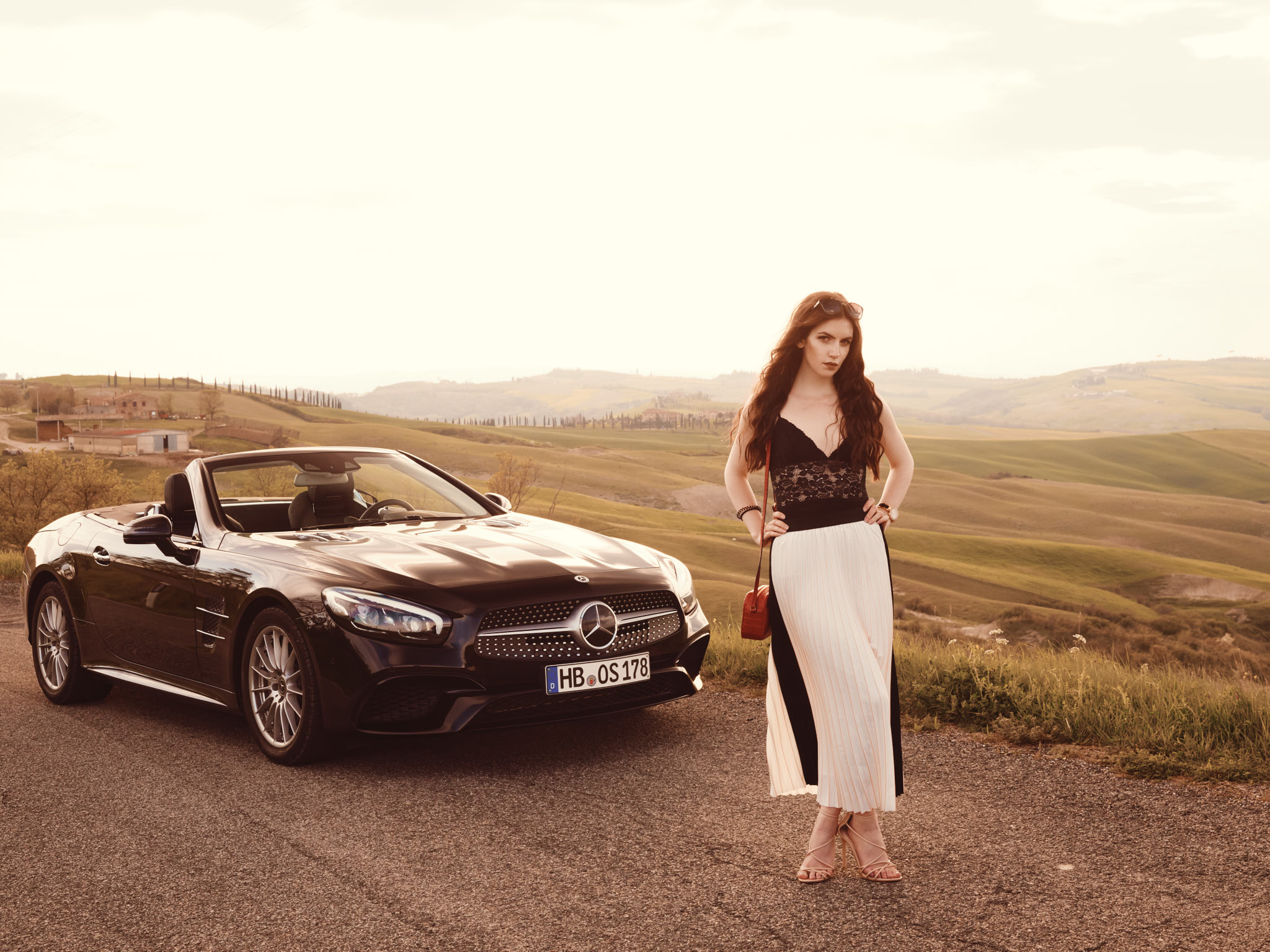 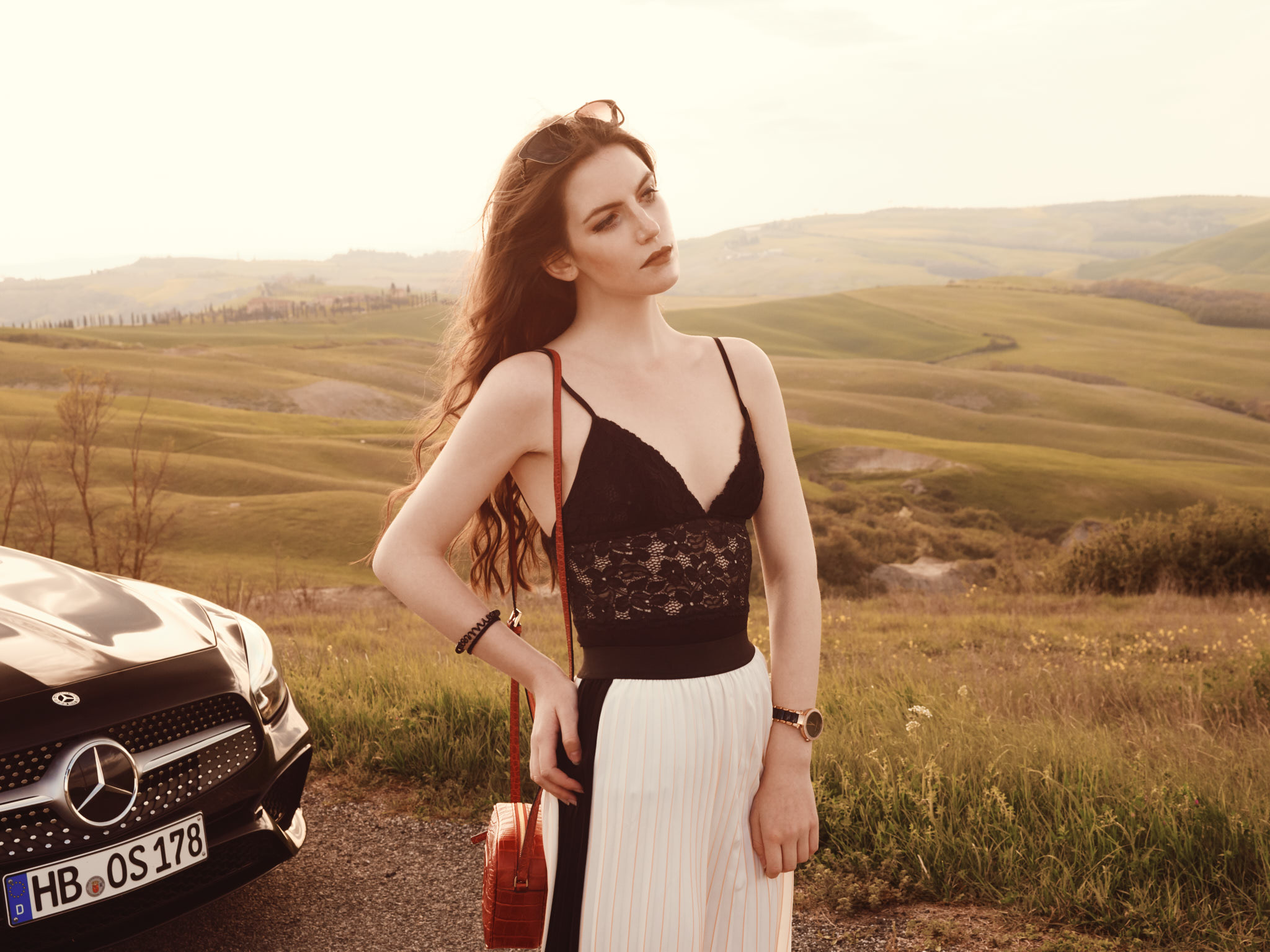 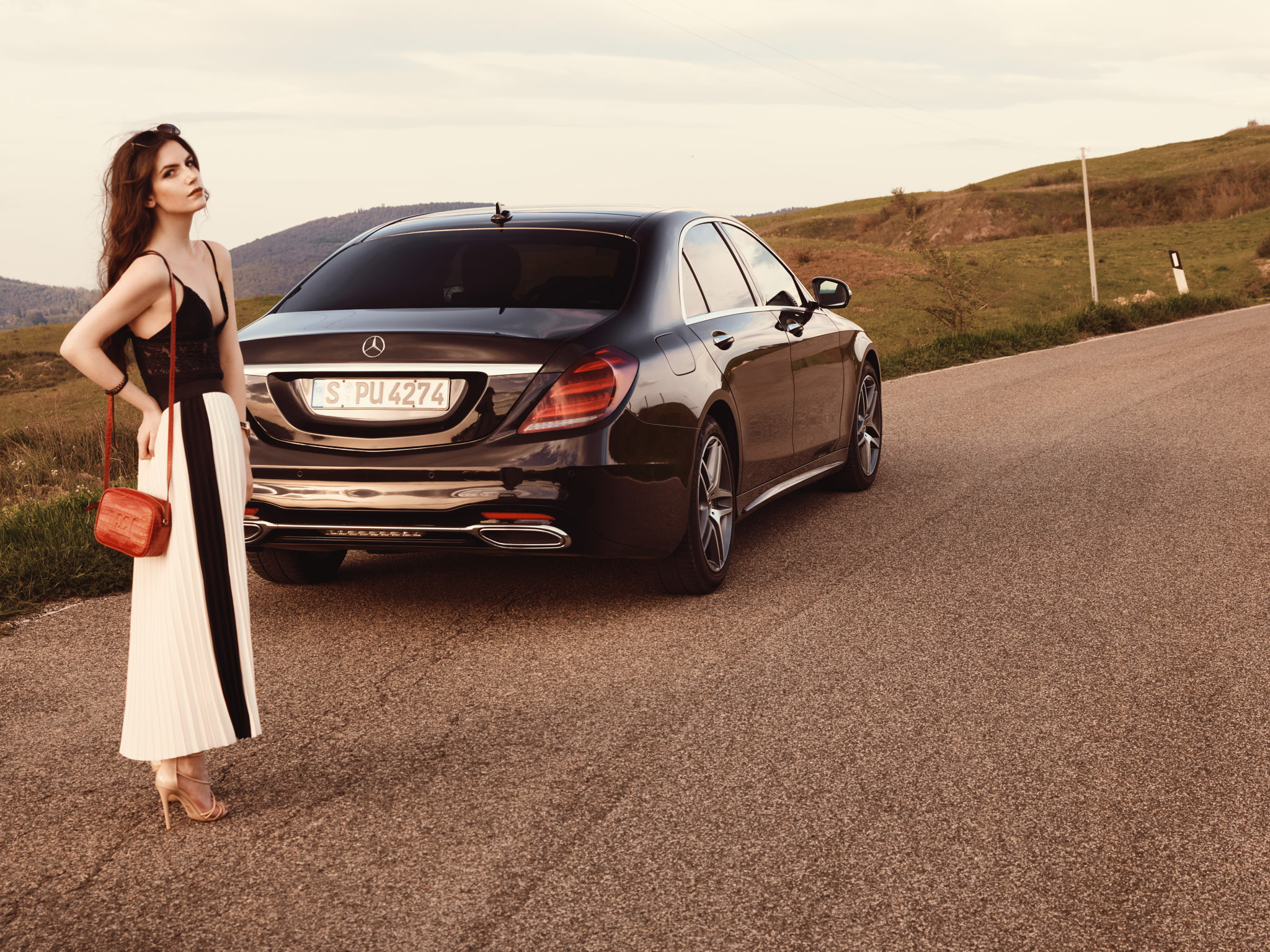 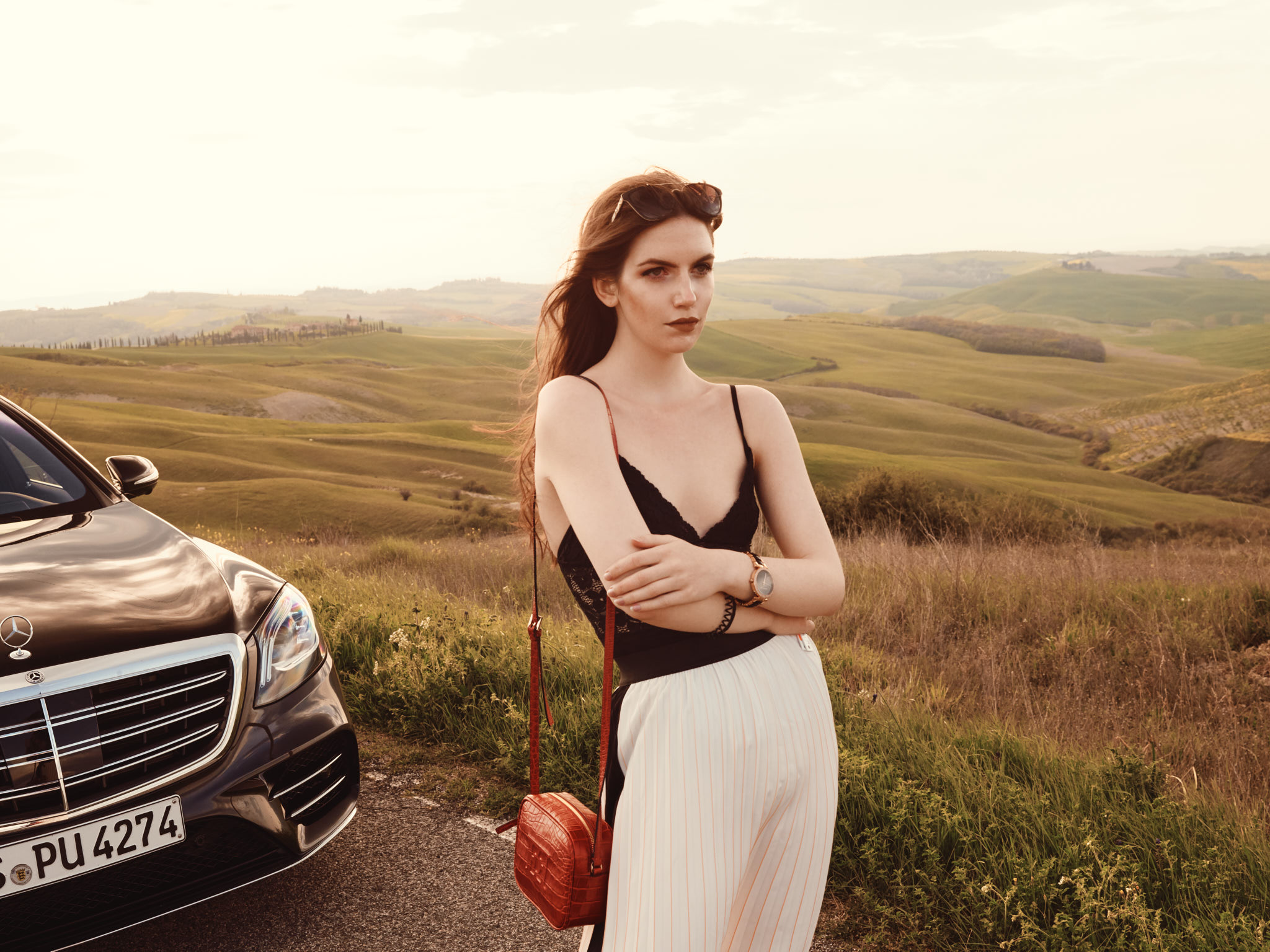